It probably happens more often than we think, and not just in the movies.  A wedding reception is paid for, the couple walk down the aisle, when one of them gets cold feet and bolts.  In at least one case I know, a bride and groom are at the airport getting ready for their honeymoon in Hawaii.  The bride goes to the women’s room and disappears, never to be seen again by her husband—no foul play, just cold feet again.  Leigh Janiak’s “Honeymoon” similarly asks by implication: are all honeymoons happy occasions that you think about for years to come?  Even better: do you really know the person you married, and do you learn as early as the honeymoon that the beautiful wife and handsome husband are not the persons you thought them to be?

Leigh Janiak’s debut as a writer-director features Harry Treadaway as Paul and Rose Leslie as Bea in what is essentially a two-hander.  Its falls into the horror genre because of the supernatural occurrences that screw up what starts as an ecstatic honeymoon between two people who obviously love each other.  But while the movie is “creepy” as several critics have already said, there is nothing that could be called original in its treatment.  “Honeymoon” is a retread of movies dealing with the things that go bump in the night, whether the folks going into the woods are high-schoolers, drunk college students, or young married couples.  The warning to the audience is similar: if you’re looking for time alone with your spouse, go to an all-inclusive resort in Acapulco or try some fine French dining in Quebec City.  But avoid any cabin in an isolated area, counsel not absorbed by Paul and Bea who cross over into Canada to spend their first week as man and wife in a cabin owned by Bea’s family.

We know something is wrong when Bea runs into Will (Ben Huber), an old flame with whom she probably went to the senior prom, a fellow who with his strange wife Annie (Hanna Brown) owns a restaurant in the woods.  When Paul and Rose enter the establishment quietly, they witness Will breaking up his place, knocking lamps to the ground, but we never find out why.

This should be a warning to the newlyweds: get out while you can, even if it means going home to Kent Avenue in Brooklyn.  But no, she insists on staying even though she has already sleepwalked one night and returned to Paul with welts on her leg, and eventually blood pouring out of her stomach.  Yet there is no attempt by Janiak at satire, at spoofing the horror genre.  This is all played straight, and what’s more too much time is spent—the whole first half, in fact—on watching the lovey-dovey stuff.  The fun really starts when Bea practices how she will be able to avoid sex with Paul.

Much is made of the power of ropes—used in this case for what passes for S&M but later for darker uses.  While “Honeymoon” does serve, as mentioned, as a kind of Trip Advisor caveat about staying in the woods (though I don’t think Trip Advisor allows a reviewer to post zero stars), it’s not really much of a movie. 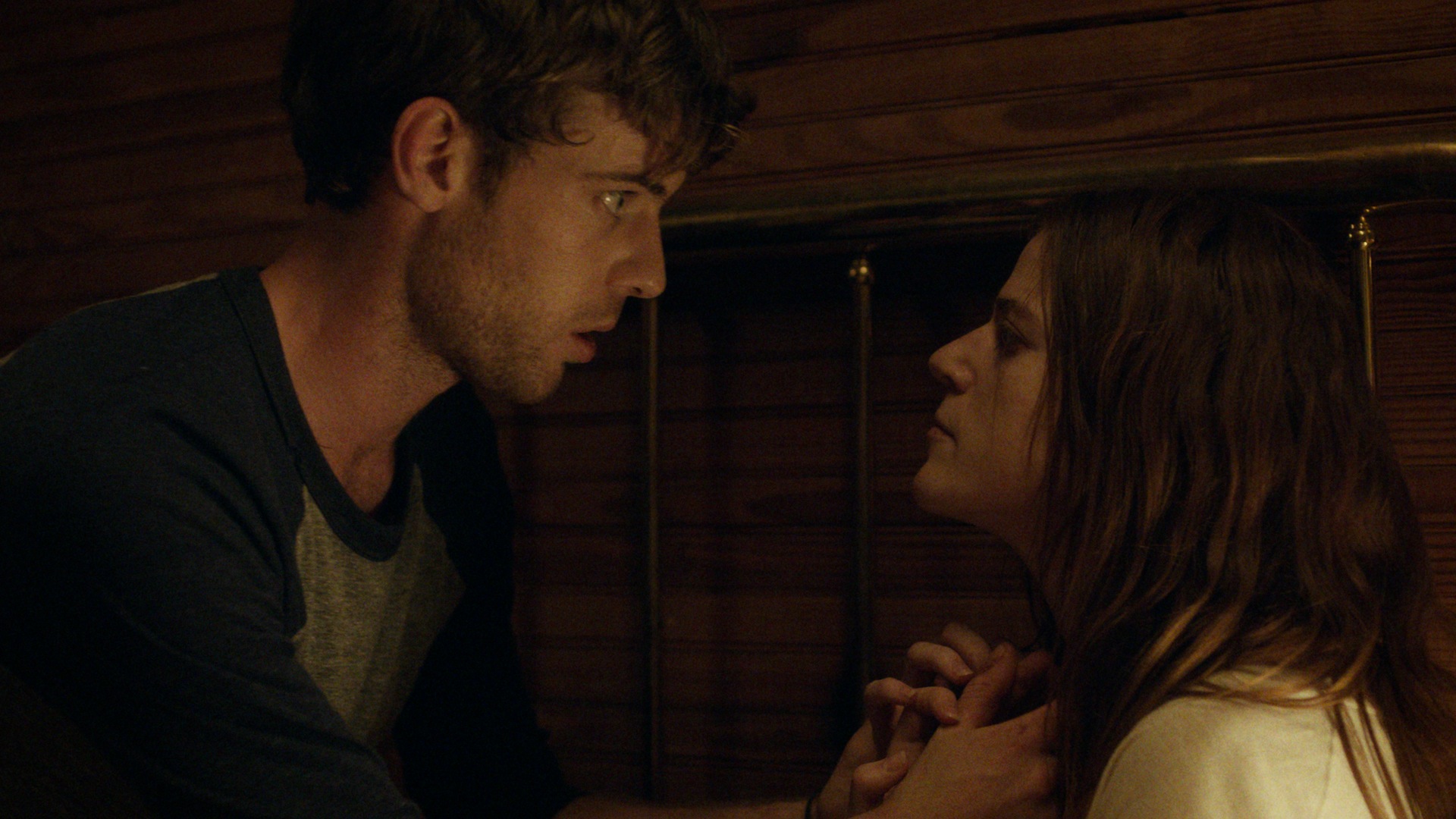