Get ready for some horror! From the producers of the “Halloween” and “Final Destination” franchises comes “Free Fall.” The film, coming to Blu-ray and DVD Oct. 28, features the directorial debut of Malek Akkad, the producer of the “Halloween” franchise, and stars D.B. Sweeney, Sarah Butler, Ian Gomez, and screen legend Malcolm McDowell. The film is described as doing “for elevators what Alfred Hitchcock’s ‘Psycho’ did for showers.”

“A top executive is killed in an apparent suicide leap from the skyscraper headquarters of Gault Capital. But when the dead man’s loyal protégé Jane Porter (Butler) uncovers some startling criminal evidence, the corporation calls in their “crisis manager” Frank (Sweeney) to silence her forever. Eluding her pursuer, Jane soon finds herself trapped in an elevator between floors on a holiday weekend in a very empty building.

With their cat and mouse game seemingly at check-mate, Jane must summon all her courage and wits to escape. But she soon discovers that surviving a cold-blooded killer may mean a very long drop to the ground floor.”

The home release will include a behind-the-scenes featurette as a bonus feature.

We’ve got the trailer below the post. What do you think about “Free Fall”? Are you ready to have elevators haunt your nightmares? Give your opinions in the comments section below! 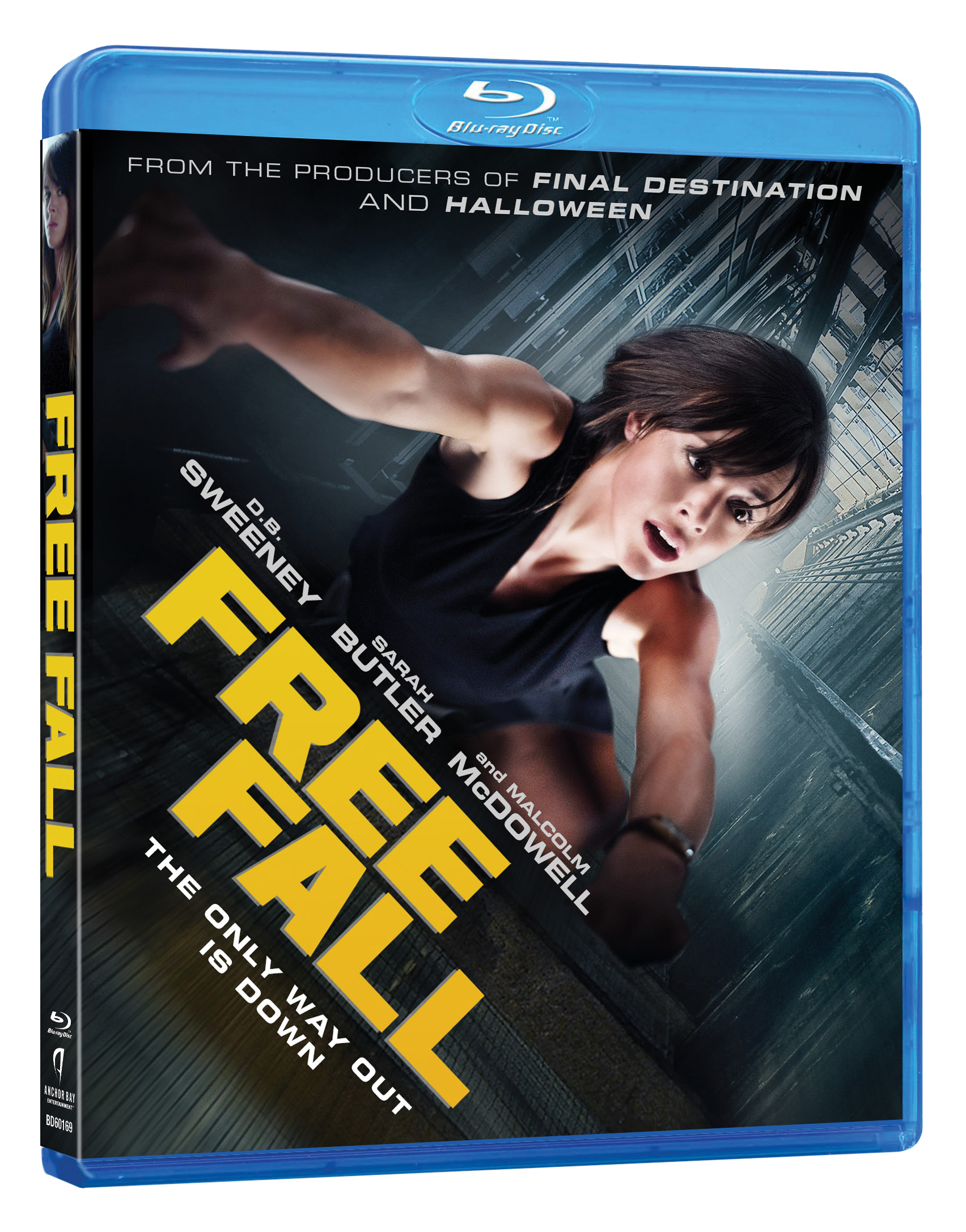