Steve Harvey Talks His Success as Host of Family Feud

Steve Harvey’s tenure as “Family Feud” host has been one of the most successful runs the show has ever had. In my opinion, I’d say it’s the most successful. ShockYa had the opportunity to join in on a conference call with the comedian and game show host (and daytime and radio host) to discuss more about his time with “Family Feud” and what fans can expect going into this new season of the game show.

As stated above, Harvey is one of the most successful hosts “Family Feud” has had. The show’s viral videos featuring his funny reactions to some of the zanier contestant answers always has people laughing. When asked how he feels about his success as the show’s host, he said, “That’s pretty special for me because my mark for the show has always been Richard Dawson. When I was a lot younger, I watched ‘Family Feud.’ I just marveled at the guy. He was so witty…I just marveled at his wit and his sincerity with people.”

Harvey also talked about Dawson’s affect on his life. “Richard Dawson, to me, he really liked people and that’s the person I’ve become. I’ve always been a good-hearted person. I didn’t always have the life around me that allowed me to be that, but I do now and it allows the real me to come out more and more,” he said. “I’m going to be genuine with people; whatever it is, I’m going to be genuine with them. I think that my genuine attitude, my integrity, my willingness to be transparent helps in making me one of the favorites. That’s just how I chose to be and it’s paid off. I think integrity and honesty go a long way in television because it ain’t a lot of it on there.” 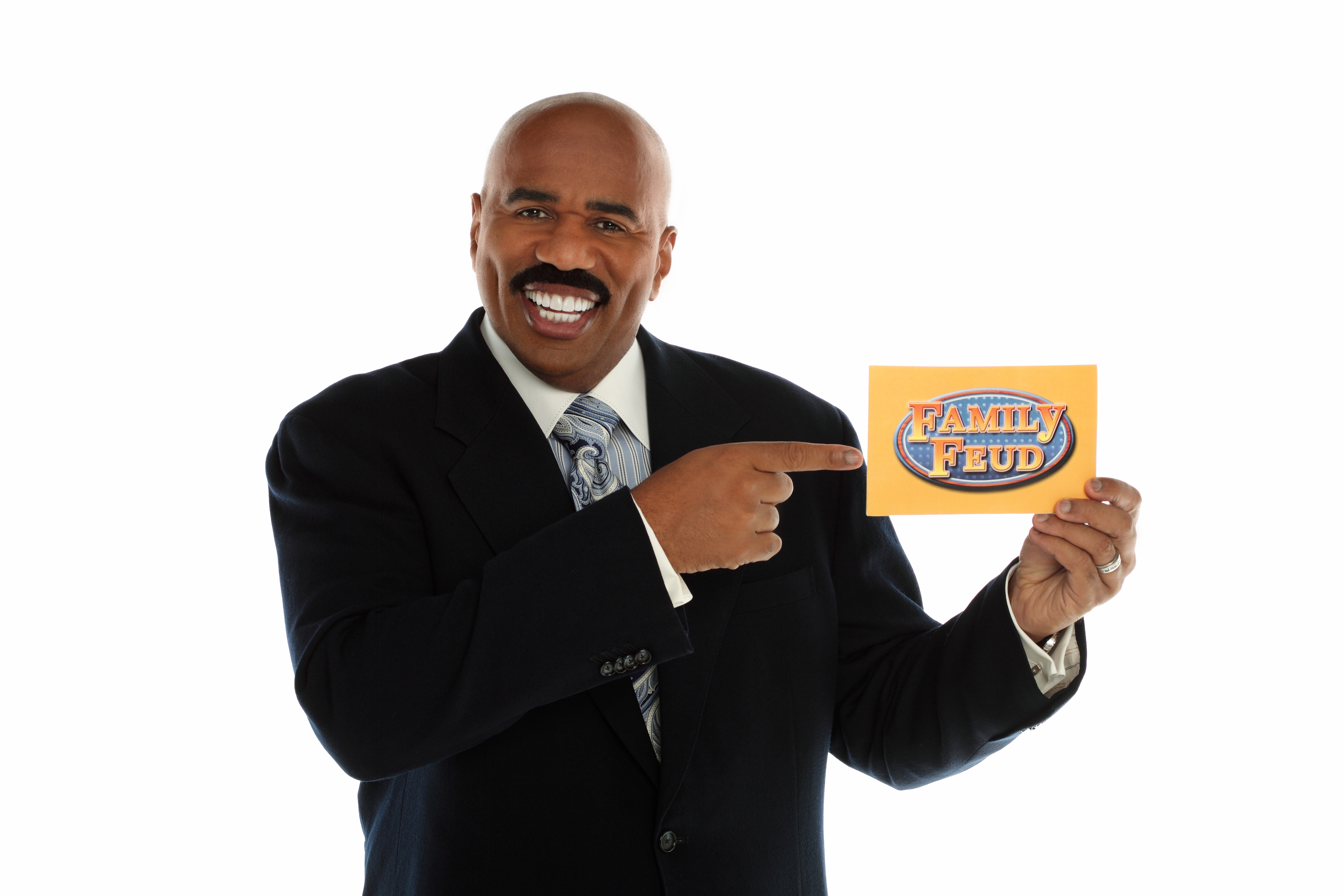