Title: Agents of S.H.I.E.L.D. Season One

After the “Battle of New York” from The Avengers, Agent Phil Coulson (Clark Gregg) is brought back from the dead and assembles his own covert team as part of Strategic Homeland Intervention, Enforcement and Logistics Division (AKA S.H.I.E.L.D.).  There’s Melinda May (Ming-Na Wen), ace pilot and weapons expert. Black Ops specialist Grant Ward (Brett Dalton). Token uber-nerds Leo Fitz (Iain De Caestecker) and Jemma Simmons (Elizabeth Henstridge), the engineers, weapons tech, and life sciences experts. Finally the newest recruit, civilian hacktivist Skye (Chloe Bennet). Together they must stop an uprising of super villain organizations Project Centipede and Hydra, amongst other events of the strange persuasion.

I’m a big Marvel comics fan and I absolutely loved The Avengers. I was so bummed when Agent Coulson was killed (the movie came out 2 years ago, stop crying about spoilers) and I really excited to see Agent Coulson brought back to life.  Although I guess I had something different in mind when watching this show and I was somewhat disappointed, so I actually stopped watching after 6 episodes. Because I had to give an honest opinion of the show, I watched it again in its entirety and it has since grown on me.

The DVD’s are packed with special features with which you get your money’s worth. Two VFX scenes are shown side by side of the rough before shot, and the finalized scene with the digital effects. Journey to the SDCC is a featurette where the cast went to their first Comic Convention together. The entire main cast  have become a family and are pleasantly surprised at the overwhelming positive feedback they get while they’re in San Diego.

If you’re a fan of Marvel Comics or the films, don’t expect the same kind of excitement and storylines. Like I said before, I stopped watching because I was expecting to see something familiar or superhero origin stories; however there’s no appearances of any of your favorite Marvel superheroes.  Thor’s Lady Sif (Jaimie Alexander) shows up in one episode and Nick Fury (Samuel L. Jackson) shows up in about three episodes, which pretty much redeemed the show for me. As long as they don’t stray too far off track, I’m confident there’s still hope for this show. 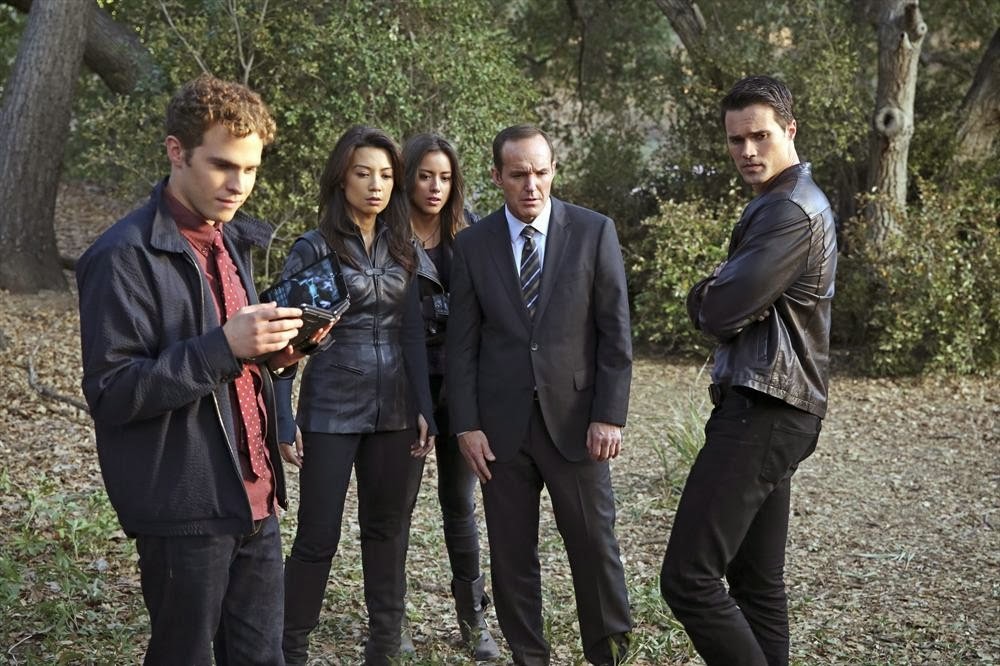