Julian Assange Is Interviewed Via Hologram At The Nantucket Project

Julian Assange has given an interview in the US despite living in asylum at the Ecuadorean Embassy. But how was he able to manage this without the full weight of British law enforcement coming down on him? Thank Hologram USA.

The company, owned by FilmOn founder and CEO Alki David, was able to use their technology to broadcast Assange’s image across the continent to the US via hologram, stated the Daily Mail. Assange appeared for a speech during Massachusetts-based conference The Nantucket Project. While in holographic form, Assange was interviewed by documentary filmmaker Eugene Jarecki.

The interview yielded plenty to discuss such as Assange’s lack of regret for publishing the Chelsea Manning-linked US military leaks and taking Google’s privacy policies to task and promoting his new book, but certainly one of the highlights of his speech was his use of Hologram USA’s holographic technology.

Take a look at the picture and video from the event below and see just how lifelike the Assange hologram looks. Expect to see many more notable individuals using holograms to be at venues they can’t attend due to time constraints, conflicting schedules, or, in the case of Assange, living in asylum.

What do you think about this use of Hologram USA’s technology? Write your opinions in the comments section below! 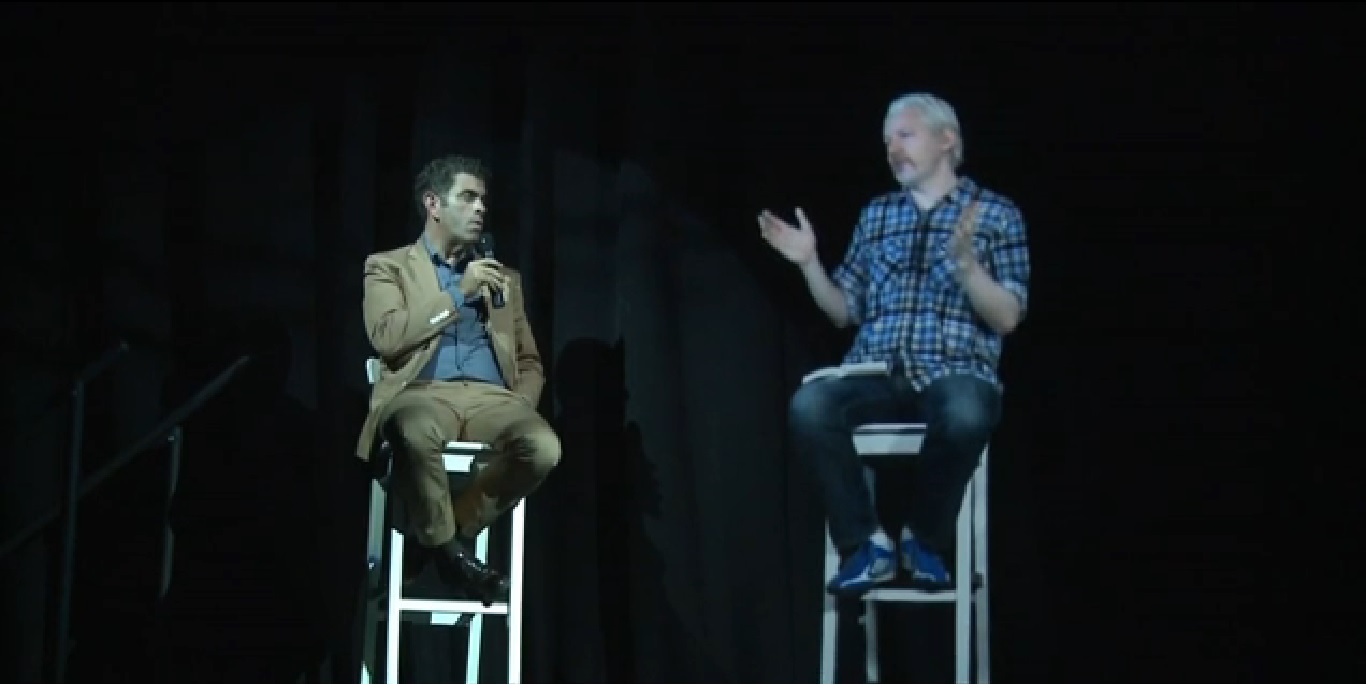