Google and Paramount Team Up for History-Making Interstellar Partnership

Google and Paramount Pictures are teaming up for a first-ever multi-platform pact for Christopher Nolan’s anticipated space exploration film, “Interstellar.” The partnership will include a slate of Google’s platforms and initiatives including Google for Education, Google Play, Google+ and YouTube. Also, Paramount and Google are giving moviegoers the chance to immerse themselves in the world of “Interstellar” with exclusive content and detailed info on how to see the film, purchase tickets and find showtimes.

The companies launched the partnership with the Interstellar Space Hub, a first-ever digital initiative supporting a film on a Google domain at g.co/interstellar. the site features a movie ticket purchasing function, links to the Solar System Builder app on Google Play and a Space Hunt content discovery feature. Thanks to Nolan, Google will also provide moviegoers with information about the film, such as the various formats “Interstellar” will be shown in, the differences between 70mm, 35mm, 70mm IMAX® film and digital projection, along with 4k digital and digital motion picture viewing.

Interstellar Space Hub will also be the place fans can go to after viewing the film and give their feedback directly to Paramount.

Google and Paramount will also collaborate on a Time Capsule project that will compile user-generated content into a short film that will encapsulate the beauty and poignancy of the current human experience. The project–a joint project between Google Play and Nolan–will be available early 2015. The cast will also participate in a live Google+ Hangout on Air to speak directly to fans about the film and in mid-October, teachers will able to incorporate “Interstellar” into their classrooms with specially-tailored lesson plans.

“Having the power of Google behind our efforts to inform the audience and enhance their experience of ‘Interstellar’ is an exciting new development in the relationship between filmmakers and audiences,” said “Interstellar” producer Emma Thomas. “Google has provided the ultimate Hub for the theatrical experience, and now, for the first time ever, there is a mechanism for audiences to give direct feedback to the studio about the quality of the technical presentation.”

“‘Interstellar’ is one of the most highly anticipated films of this year, and we couldn’t be more thrilled to partner with Paramount and Christopher Nolan to bring the movie to life for fans around the world,” said Brian Irving, global head of marketing for Google Play. “Google is excited to help our studio partners develop innovative marketing programs that support the lifecycle of their films.”

“Google is at the forefront of exploring the unknown and seeking new information, two major themes in director Christopher Nolan’s film,” said Megan Colligan, president of worldwide distribution and marketing for Paramount Pictures. “We are excited that ‘INTERSTELLAR’ is the focus of Google’s continued innovation as we present this incredible film to audiences around the globe.”

“Interstellar,” directed by Nolan and written by Nolan and Jonathan Nolan, stars Matthew McConaughey, Anne Hathaway, Jessica Chastain, Bill Irwin, Ellen Burstyn, John Lithgow and Michael Caine. The film’s official logline concerns a global race to find a new place for humanity to thrive. “With time on Earth coming to an end, a team of explorers undertakes the most important mission in human history: traveling beyond this galaxy to discover whether mankind has a future among the stars.” 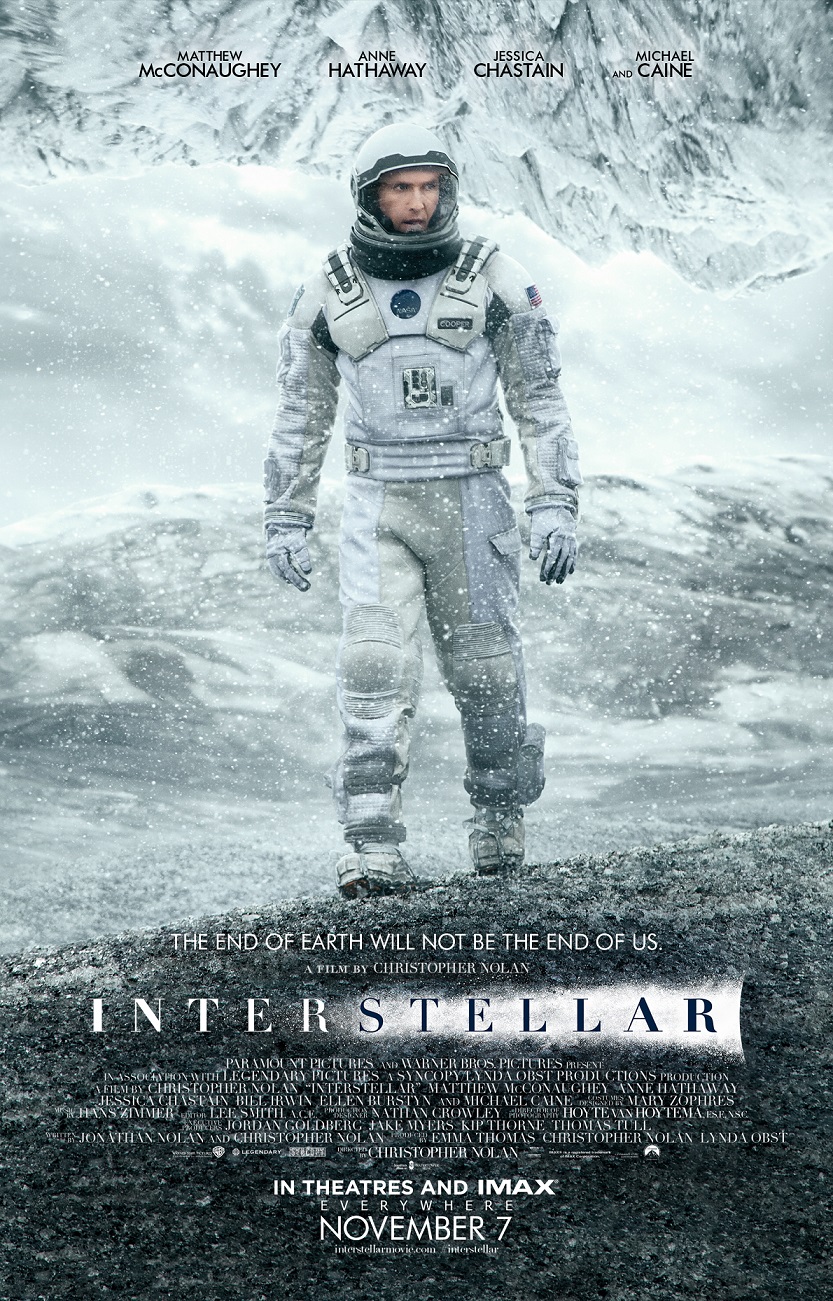