The CBS daytime game show “Let’s Make a Deal” was always a high-stakes game, but now it’s upped the stakes even higher with its new roulette-inspired car game “Accelerator.”

If you watched the Oct. 6 episode, you’ve probably already seen the game in action, but just in case, here’s what the game entails, according to the release.

“One lucky trader will get the chance to spin the giant Accelerator wheel and test their luck to win a brand new car. It takes three successful spins to spell out the word “C-A-R”, but each turn offers the trader to walk away with cash or risk everything for the car while avoiding the dreaded Zonk.”

Do you wonder what it takes to create a new game like “Accelerator”? We’ve been given some behind-the-scenes photos detailing the making of the game; take a look at all the steps and a digital rendering below in the gallery!

“Let’s Make a Deal” is hosted by Wayne Brady and gives audience members–flamboyantly dressed in costumes–the chance to win amazing prizes. Of course, winning big includes making big risks and unfortunately, not all risks pay off. The show received its first-ever Daytime Emmy in 2014 for best original song, “30,000 Reasons to Love Me.” “Let’s Make a Deal” airs weekdays on CBS (check local listings). You can follow the show on Facebook, Twitter and its official CBS site. 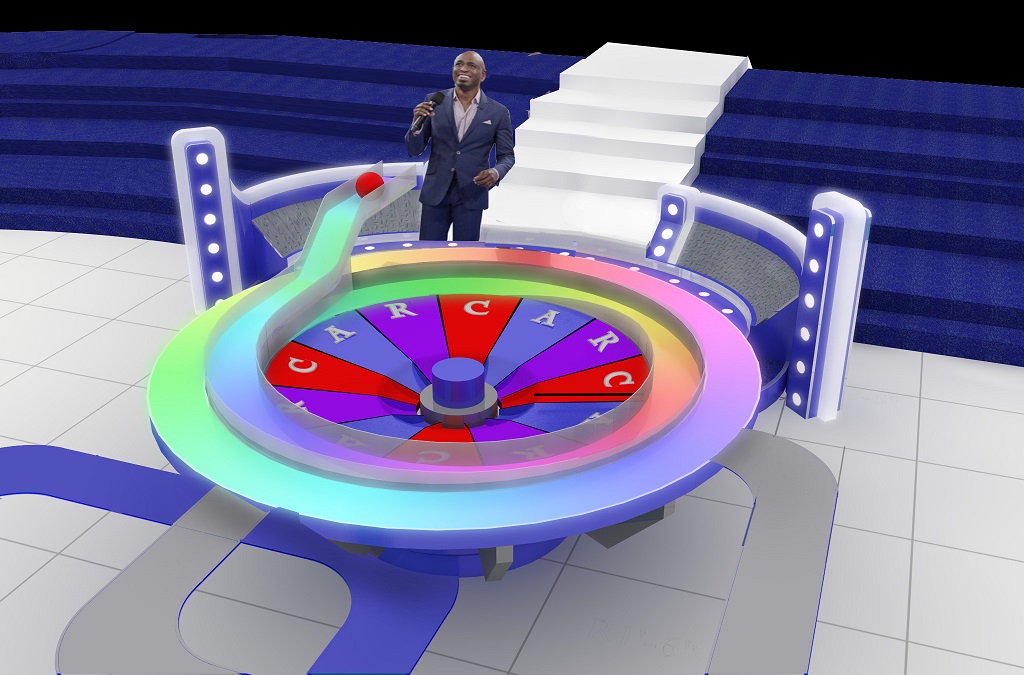