WHITE BIRD IN A BLIZZARD

Reviewed for Shockya by Harvey Karten.  Data-based on Rotten Tomatoes.

It’s natural for us to look back on our teen years and to declare that they were the best period of our lives. Then again, we know from the field of psychology that we tend to block out, or repress the bad memories. Consider that many in the field of education, psychological and medicine opine that the teens are likely to be the most anxiety-ridden time we endure.  There’s good reason for this.  For one, we are living under our parents’ roof, if we are among the fifty percent of those who are with both parents at least until the age of twenty-one, and “Kid, when you’re under my roof you will do as I say.”  For another the body is undergoing changes that make a teen awkward, unsure, lacking confidence, confused.  This latter feeling underlies what might be called a morbidly dark comedy, the sort of movie that is part of writer-director Gregg Araki métier.  Araki, whose “Doom Generation” in 1995 is about a pair of teen lovers who form a ménage-à-trois when they pick up a young drifter, and whose “Splendor” is about a woman who cannot decide between two men, so she lives with both.  Araki’s subjects are young people: “White Bird in a Blizzard,” no exception, is adapted from Laura Kasischke’s novel, whose key sentence is “I am sixteen when my mother steps out of her skin one frozen January afternoon—pure self, atoms twinkling like microscopic diamond chips around her perhaps the chiming of a clock, or a few bright flute notes in the distance—and disappears. No one sees her leave, but she is gone.”  Perhaps the name of the movie could have been “Gone Girl” if that title were not already chosen.

“White Bird in a Blizzard” features spot-on performances that exude the dilemmas of Kat Connor (Shailene Woodley), a teen on the cusp of adulthood, a good-looking young woman who nonetheless has concerns about her body image–never mind that one of her two best friends, played by Gabourney Sidibe (“Precious”) is morbidly obese.  It doesn’t help her emotional stability that her father, Brock Connor (Christopher Meloni) is a passive doormat and her aggressive mother, Eve (Eva Green), is borderline psychotic.  A Freudian would analyze the story as Oedipal, wherein the 17-year-old Kat, needs to erase the mother and bond with her dad, but in the absence of a hero, is destined to form a sexual bond with a macho man twenty-three years older than she.

The story is set in the 1980’s, the soundtrack filled with songs of the era. This is a time well beyond the age of liberation and contemporary feminism, one which began in the late sixties and finds women expressing their sexual needs with the same abandon and braggadocio as men.  In fact, if the last movie you saw was in 1959 and you listened to the palaver of the Kat and her two outcast pals (played by Mark Indelicato and Sidibe) you’d think that the genders have gone crazy, the “f” word peppering their speech as is their desire to have their brains f-d out.”

Araki is fund of surreal images.  After the mother disappears—without turning up even two years later despite an investigation by detective Scieziesci (Thomas Jane—of the hairy chest and muscular arms)—Kat envisions her mom covered in snow, the entire atmosphere covered in white, snowflakes beating down as far as the eye can see.  These dreams cause her to see a psychoanalyst (played by Angela Basset), who in Kat’s opinion talks like an actor performing in the role of an analyst.

In what is essentially a coming of age story disguised as a thriller, the police suspect that dad had something to do with his wife’s disappearance, and what about Phil (Shiloh Fernandez) the awkward boyfriend of Kat’s, who is the object of mom’s lust, a mother who is obviously envious of her 17-year-old daughter and pictures herself when she was that age?

The mother’s disappearance is explained in the final minutes of this satisfying picture, loose ends tied together and all made credible enough under Araki’s indie-ish direction.  Shailene Woodley shines as a young woman who, in her first year of college at Berkeley, seems vested with all the sophistication of a person five or ten years older. 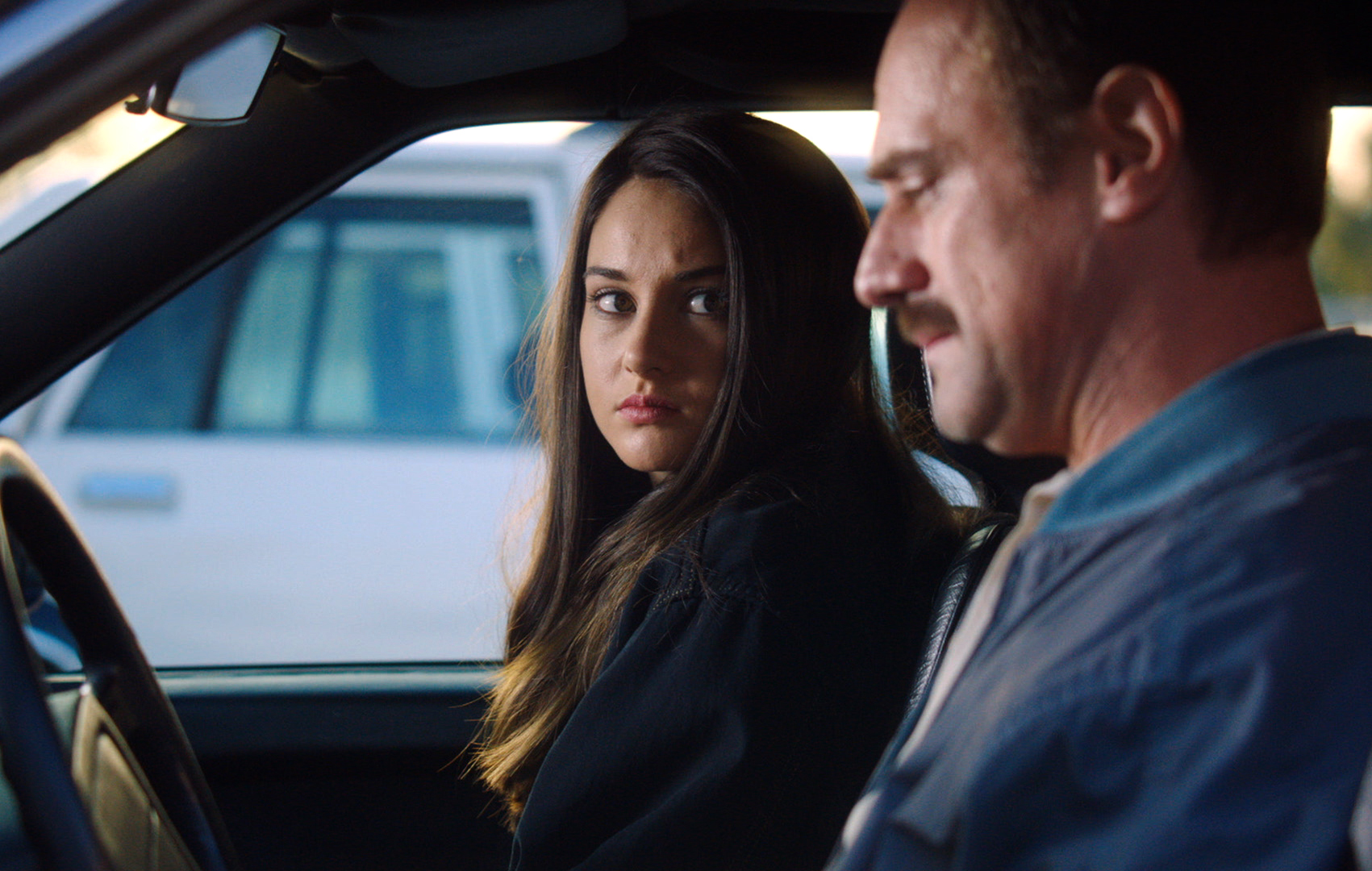