Eli Roth is challenging horror fans yet again, but this time, it’s not with a new horror feature film. This time, Roth wants the fans to come up with the horror.

Roth’s digital media network The Crypt, wants fans to create their best #6SecondScare Vine this October. Anyone who wants to participate can upload their video to Twitter and/or Vine with the hashtag #6SecondScare and by tagging and following The Crypt (@fearthecrypt). There’s no limit to the number of entries and if you have something scary you’ve made before, feel free to send it in–previous work can be submitted. Roth wants participants to think outside of the box, so be creative with your Vine!

The contest will end on Halloween (Oct. 31) at 12 p.m. PST. Roth will judge the entries along with a star-studded panel including Rob Lowe, Elijah Wood, Kid Cudi, Vanessa Hudgens and Quentin Tarantino. Six people will be named the winners on Halloween during Tarantino and Roth’s all-night horror marathon at Tarantino’s New Beverly Cinema at 8 p.m. PST. The winners will be simultaneously announced on The Crypt’s Twitter and Vine.

The grand prize that’s up for grabs is the chance to develop an idea of the winner’s choice with Roth and Davis Entertainment, the company that has brought us “Chronicle” and “The Blacklist.” Other prizes include Canon 7D equipment; there are other prizes that have yet to be announced–keep an eye on The Crypt’s Twitter feed to learn what else can be won.

You can learn more at FearTheCrypt.com/6SecondScare. 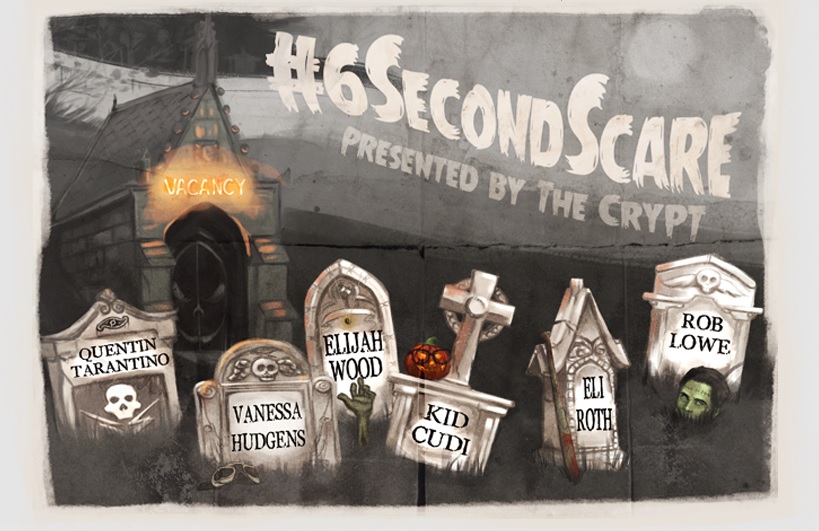