“Billy Club” is bringing horror to the supposedly-innocent world of little league baseball. Filmmakers Drew Rosas and Nick Sommer have used their love for vintage horror to create a brand new way to scare audiences (as well as a brand new iconic killer in the form of an umpire). ShockYa was happy to speak with Rosas and Sommer about the film, their inspirations and their favorite horror films. “Billy Club” will come to VOD and DVD Nov. 11.

One of the interesting things about the film is that the killer has a lot of motive to go after his former little league team members. How was it for you guys to create a sympathetic villain?

Nick Sommer: One of the things that we really wanted to do to stand out from other horror films is that you always have these faceless, zombie-like killers like Michael Myers. Michael Myers is a good example of a guy who snaps…and we were like, what if we actually made our killer way more human and gave him this backstory and at a certain point, you sort of feel bad for him, you know. It was sort of spawned off the Jason character…where he drowns and they sort of humanize him a little bit.

That was sort of what we were going for, but I wanted to see that travel even further into the character and have him be human throughout the movie so you can realize that the guys behind these masks…at one time were human. They were normal, potentially, as with the Jason character. But, you know, something went wrong that was out of their control…to drive them further into this madness.

Drew Rosas: As far as working with the actor goes, it’s interesting because we were working with Marshall Caswell on that role…The film was made in a way where you really have to act two characters at once. There’s one for the first time you watch it and then there’s one for the second time you watch it. Basically, if you rewatch the film…after the whole thing’s been revealed, you’ll see that a lot of lines he had that seem just like filler lines…are actually tapping into the deeper story that you don’t know yet on the first viewing. And so it was really interesting to work with him and have sort of a split personality. You don’t want to go too bonkers on it. You want to keep it normal enough so that it’s not a complete giveaway, but still have enough clues to the inner demons.

Nick Sommer: Anytime that he talks, there are certainly some cryptic things that, like Drew said, you don’t necessarily want people to see the first time. Of course, we’d be super grateful if anyone liked it enough to watch the movie twice…but if they did, there are little Easter eggs in everything that he’s saying. It’s all cryptic in his head, but it has to come off normal for the friends around him and, of course, for the audience, to not tip the hat too much.

What was the inspiration for the film in general?

Nick Sommer: Well, I’ve worked with Drew in the past and was super-inspired from our fist film, “Blood Junkie.”…We had kind of been communicating with a different script and he had another one on the side, and I was just thinking [that] “Blood Junkie” was such a blast, but it’s really campy–which makes it really fun–but I wanted to see if we could do something a lot closer along the lines of the classic, iconic horror killers such as the Freddy character and the Jason character, the Mike Myers character…One day, I woke up from a dream and thought, “Baseball would be really cool–What if I can make baseball scary?”…and that’s where I fell into this umpire character. It goes over very well because the umpire is in control of the game, right? Whereas this killer feels like he is control of his own little game.

I thought it was an interesting idea to have baseball at the center of horror. I haven’t seen baseball in a horror film before.

Drew Rosas: You know, there are so many aspects of baseball that lend itself greatly to a horror film. You have the team aspect–you have all these kids forced to play together and there’s always going to be bullying and teasing in that world. Then you have baseball bats, which are already awesome weapons. Then you have the dunk tank, where you’re throwing baseballs at the dunk tank and it’s this creepy cage set-up. Every time we investigated further in baseball and went down that rabbit hole, it just seemed to mash well with the iconic, Americana horror style. We went with that and it’s a great pairing of two of America’s favorite pastimes.

Horror is so popular and filmmakers–both established and newcomers–love getting into the horror genre. Why do you think everyone wants to get into the genre?

Nick Sommer: I definitely think that the reason I got into it is that they are easy and fun to make. It’s like there’s something about–at the indie level–the technicalities, like how am I going to get this blade to come out and stab this guy or get a head to get chopped off. All the things behind it are so much fun to figure out and see it play out. And if you can do it, I think the fans of horror are so accepting that it doesn’t have to be the best, most crisp production value. They give you a little leeway. Of course, we strive to get it as good-looking as we could, but they’ll accept anything that you bring to them if it’s actually, genuinely good.

Drew Rosas: Yeah, and there’s also just an awesome following of horror fans. You have thousands of conventions and horror fan festivals and online blogs. People are just dedicated to that genre. You don’t find that with rom-coms and dramas out there on the web. It’s a good genre to work in as a starting filmmaker.

It does seem like a lot of camaraderie, which is ironic since the genre involves a lot of hack/slash and scares. But it is very interesting how the horror community supports each other.

Drew Rosas: Yeah, you know it’s pretty cool because on a certain level, [horror films] become more about the craft of filmmaking…For me personally, I stopped being scared at horror films a long time ago…so I’m not really watching it in the same way as someone who gets really freaked out by chainsaw killers might be. I’m watching it on the level of a theme park ride and you get to say, “Wow, that was an awesome effect–I wonder how they did that? I’m going to look more into it.” Or, like, “That’s a cool character. Totally unbelievable, but super twisted and awesome.” So there’s a suspension of reality that is really fun to play along with, and if you’ve made films before, it’s really fun to watch from a filmmaker’s perspective.

Drew Rosas: …My personal favorite is…”Alien” because it’s a sci-f horror and it combines two of my favorite genres and it has awesome, creepy monster and it helps to have all the cool sci-fi elements around it.

Nick Sommer: …I certainly was a huge fan of “Halloween” growing up. Very inspried by that. There are just so many, like “The Shining.” It’s such an incredible movie that’s very inspiring film in the horror aspect. 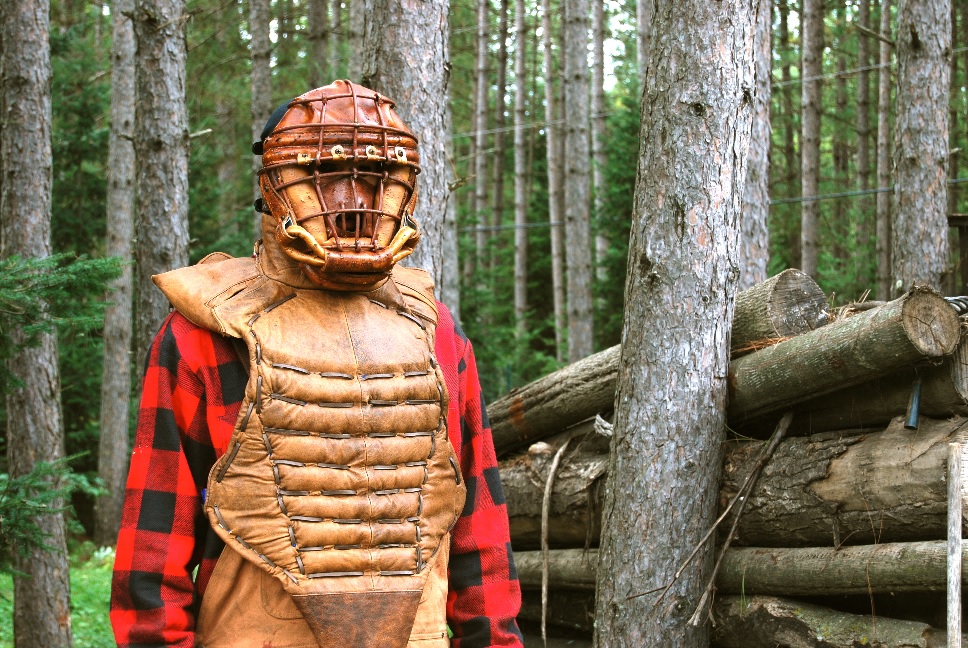