Interview: Writer-Director Rowan Joffe on Filming ‘Before I Go To Sleep’

The end of October brought about a wide variety of movies, ranging from horror, mystery and drama. Rowan Joffe’s new film ‘Before I Go To Sleep’ falls into the psychological thriller spectrum, captivating movie-goers with the story’s twists and turns that stand out from one scene to the next. The director took on the monstrous task of writing the feature film adaptation, so his journey bringing this particular project from the pages of the script to the big screen has been a long but fruitful one.

‘Before I Go To Sleep’ centers on Christine (played by Nicole Kidman), a young woman who’s rare case of amnesia leaves her with a serious short-term memory loss. Each morning she wakes up with no recollection of what’s happened in the past 20 years of her life, that is until she starts piecing together how she came to be inflicted with such a life-changing condition.

ShockYa got the chance to speak exclusively with the accomplished filmmaker about his main cast, how he mapped out certain shots and the general progress of creating this cool psychological thriller. 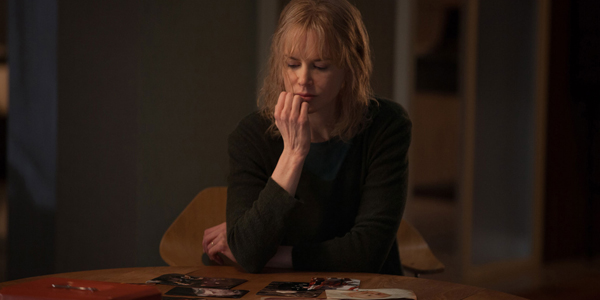 Joffe’s initial attraction to the story and explaining his choices on the shooting style:

“Christine is in every single scene, aside from one or two, so she’s more than the protagonist. She’s effectively the eyes through which the audience watches the movie. We never know more than what Christine knows, unless it’s stuff she’s forgotten and has to remind herself of thanks to the camera device. So we ask all the same questions she asks, and when she enters the room for the first time we enter it with her. In fact, that’s why I have the camera operator handheld and I had to hire a particularly small camera operator so we can get the camera over the shoulder. I wanted the audience to feel almost like we’re Nicole’s kid, holding her hand as she’s wandering through room to room of the house.”

Joffe continues to explain filming from Christine’s point-of-view and how that greatly influenced blocking the camera for certain scenes:

“I remember a eureka moment sitting in Ridley Scott’s office in London, cause Scott Free produced the film, and working with the director of photography who’s an excellent photographer in Ben Davis, who’s most recent work was ‘Guardians of the Galaxy.’ Prior to that he’s done some playful genre stuff like ‘Seven Psychopaths.’ Ben and I agreed that we absolutely wanted the camera to be handheld and we wanted it to be over Christine’s shoulder and been able to slide around to her face so we can read her expression whenever we wanted. Ben said it was brilliant and I’m going to be the operator as well as the lightning cameraman, and as he stood up to conclude work for the day I realized that Ben is my height. We’re both short, about 5’8″, and it occurred to us there and then that if that wasn’t going to work. So that’s why we had to hire an operator who’s this fantastic guy called Luke Redgrave. The other type of cinematography in the movie is the far more cinematic, distant, artfully framed and slightly voyeuristic style of camera work. So creeping through open doorways or the camera tracking into a room from behind the edge of the sofa. So what you’re doing is you’re constantly throwing the audience between Christine’s subjective POV and the ominous movement of someone watching her. Neither of those are of course original camera moves, but the movie is exclusively relying on one of those two types of photography and when you intercut them over the course of 90 minutes, it gets quite claustrophobic, and it worked.” 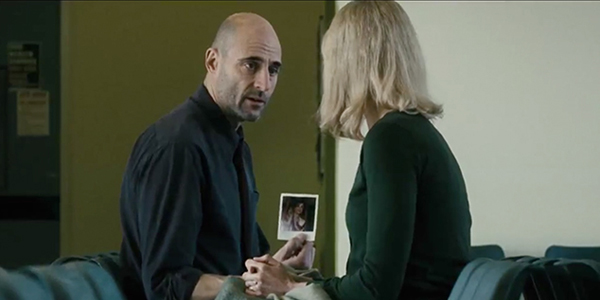 The filmmaker talks about his fantastic experience working with Nicole Kidman on this movie:

“She chose us before we even thought about who we wanted. Her manager was tracking the screenplay and they made their approach to us. Pretty much from that time onward, Nicole started bringing a great deal to the project. First of all she brought an efficient degree of financial momentum to get the movie green lit, but creatively and more importantly, she brought I think some stature to the role because Nicole is a movie star. She brought a real authenticity to the role. It was really important to Nicole that psychogenic amnesia is a real condition. It was also really important to her that I’ve done my homework and I had researched the conditions sufficiently to convince the actor in her that this was a role where she could play honestly. I think just Nicole brought a power and an authenticity to the whole process and I think she’s a fantastic Nicole because she’s vulnerable. Nicole and I talked early on while we were working on the script together over Skype about the kinds of movies that inspired and interested us. We both admired and liked as a reference to this film, ‘Rosemary’s Baby.’ What we liked about it was the way that like Christine, the heroine of that movie is relying completely on her husband to tell her what’s true and what’s false, and she’s become increasingly paranoid of the fact that he may be lying to her. There’s also that it’s set almost exclusively in one apartment.

Joffe gushes about one of the key scenes in ‘Before I Go To Sleep’ between Colin Firth and Mark Strong, along with explaining what a great experience it was working with these two actors: 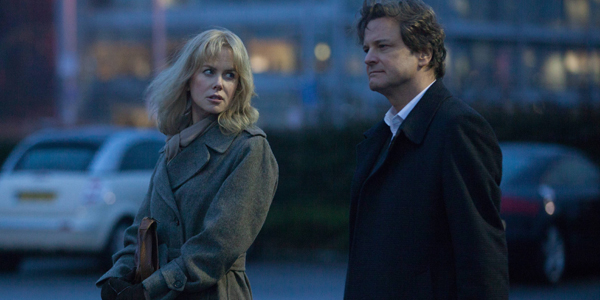 “What Mark and Colin do in this movie I can safely say is they play against type. They play the kinds of roles that neither of them have ever played before. So if you are a fan of either of these actors, you’re going to have a completely and utterly new experience watching them in this movie. It’s not the first time they’ve worked together. They worked together on ‘Tinker, Tailor, Soldier, Spy’ and they’ll be working together again on a movie I have no wish to promote, because I didn’t make it. It’s fantastic seeing them together. You wait for the whole movie for the two of them to be in the same room together and eventually the story does deliver that. Filming them together was a thrill and a pleasure. They’re both gentlemen and professionals and just heartfelt and kind and cooperative and intelligent men. Putting them on camera together and having a really juicy little scene to work with them on will remain a highlight in my career.”

‘Before I Go To Sleep’ is out in theaters now.