The intriguing POV that’s used in ‘Grace: The Possession’ manages to keep the viewer’s attention long enough to see exactly what’s going on in this young girl’s (played by Alexia Fast) life to bring her to such a horrible point, but the filmmaking technique isn’t enough to save this film. The weak story buckles under the pressure of keeping the audience’s attention as the movie crawls at a snail’s pace. It does finally bring viewers to the real meat of the story during the second half, but by that point the interest is gone.

‘Grace: The Possession’ is heavily relying on the stereotypical tropes of an innocent, wide-eyed woman being taken over body and soul by something truly sinister. It’s nothing new that viewers haven’t seen before, but the only real standout point in the film is how everything is seen from her perspective. In a way the camera technique appears like the viewer is playing a video game as all these events take place from her viewpoint. It’s also a little disjointing at times when the young girl slowly meander around from scene to scene. There isn’t much substance to her in the story to begin with so it takes a long while to really warm up to her.

The motivation for the demon being seeded deep inside her soul/body plays into the fact that the mother was originally possessed and it was passed onto the daughter during childbirth. But for the creature to emerge after she hits college seems like a slightly odd choice in the first place. Humans sin most of the time, even at an early age with a little white lie sprinkled here and there. Why didn’t the creature emerge then? Furthermore, the protagonist doesn’t even do anything truly awful to really awaken this demon inside. It’s a little bit of a head scratcher. At least the dream sequences that flood her mind in the first two acts are great. It’s a strong point to bring the audience back in when the story is dragging just a little too much.

The time it took to plan out the scenes in this film is a great accomplishment by first time director Jeff Chan. It can be incredibly tricky to maneuver around various scenes, one-shots that are trailing on for several minutes, without showing the audience the camera in some way, shape or form. Chan took some time to prepare for this project, and in that section ‘Grace: The Possession’ is a success.

A lot of the acting hinges more on the supporting cast than it does our main character, and it’s not entirely perfect. At times it appears as if breaking the fourth wall is a little disconcerting for a couple of the actors. Their ability to really make their characters work doesn’t fare so well when they’re staring straight at the camera throughout most of their scenes, not to mention that their written out as bland one-dimensional college students. There’s a sense of slight uneasiness with the actors in the college crowd during the first half of the film, but the stronger talents appears during the second half in Joel David Moore and Lin Shaye when the protagonist finds herself back at home. The demon has more or less assumed control of her, even if she’s completely unaware of it, but her grandma and the church is willing to dispel this evil before it’s too late.

The special effects really kick into high gear later on in the movie as the evil washes over the girl, willing to destroy anything that may extinguish it. The effects are a little bit on the cheap side but they get the job done. But despite a couple of cool camera plotting ideas, ‘Grace: The Possession’ falls into the crowded horror waters that cater to this sub genre. It’s a decent film but in the end forgettable. 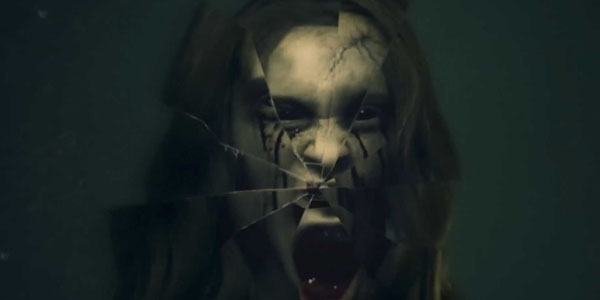 ‘Grace: The Possession’ is out on DVD/Blu-ray and VOD now.