There were a ton of big-named characters in “The Lego Movie.” You’ve got Batman, Superman, Wonder Woman, Aquaman, Green Lanter, C-3PO, Han Solo, Lando Calrissian and Gandalf, to name several. But there was one character who was almost a member of the cast but ended up landing on the cutting floor instead.

Apparently, the makers of “The Lego Movie” wanted to round out their “Star Wars” character cameos with R2-D2. In fact, R2-D2 was going to be a main character. According to their interview with Yahoo! UK, writers/directors Chris Miller and Phil Lord originally intended for R2-D2 to be one of the core cast members. I mean, really important. Lord and Miller clarified that R2-D2 was going to be a “Batman-level character.” However, rights issues stopped R2-D2 from joining the ranks of Emmett and his motley, Batman-including crew. “We figured we could get R2-D2 because his voice wasn’t a human being,” said Lord. Apparently not.

But how did Lando and Han get in the film? Are they under different rights than R2-D2? Is it because R2-D2 is like Lucasfilm’s Mickey Mouse and/or because he’s bound to show up in “Star Wars: The Force Awakens”? I’m confused. And if only the studios could play nice together, we could have gotten one of America’s favorite robots in the main cast. “A kid doesn’t have lawyers that won’t allow the toys to play together,” said Miller, also stating that they wrote the film without worrying about studio rights. “Watching my own son play, he does put Batman on the Millennium Falcon and there’s no-one saying they take place in completely different times and galaxies.”

What do you think about this news? Would you want to have seen R2-D2 helping Emmett, Wyldstyle, Vitruvius, Unikitty and Batman save the world? Give your opinions in the comments section below. 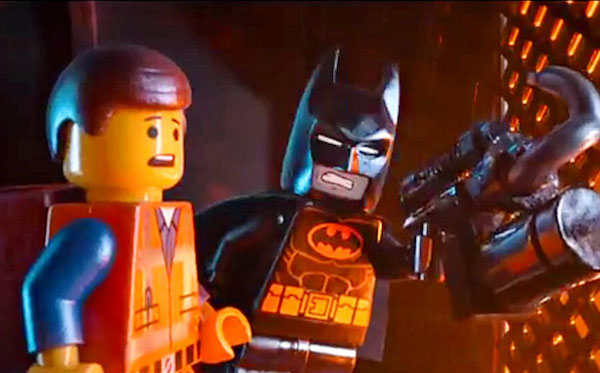