Dumb and Dumber To Movie Review

Title: Dumb and Dumber To

Jim Carrey and Jeff Daniels have aged badly but more than their farcical out of date “dumb play,” the true problem of ‘Dumb and Dumber To’ lies in the script, drenched with language and coarsely vulgar gags. Twenty years since Dumb and Dumber’s first adventure, Harry finds out he has a daughter who was adopted and his BFF Lloyd will help him find her.

The Farrelly brothers who have always been successful as a duo – having directed the previous ‘Dumb and Dumber,’ as well as ‘Me, Myself and Irene,’ and ‘There’s Something About Mary’ – in this occasion reach the extremes of dowdiness.

Carrey and Daniels reprise their popular roles comme il faut, but the fart-jokes along with the bodily function tomfoolery and gawky malapropisms are way beyond bad taste.

Dumb and Dumber is definitely a story that won’t make a difference in the history of film. One movie was enough. Audiences weren’t tearing their hair out wondering what had happened to Harry and Lloyd. No one was begging the film crew to pick up from where we left off, twenty years ago. The first movie worked because it had more adventure in the storyline, whereas this sequel has only a good music score to keep the pace of a badly replicated road trip.

Seems like several actors had been out of work for quite sometime, from Rob Riggle to Laurie Holden, up to legend Kathleen Turner, to accept to star in this cinematic rubbish.

It’s unbelievable that it took six credited writers to create such a disaster: Sean Anders, Mike Cerrone, Bobby Farrelly, Peter Farrelly, John Morris, Bennett Yellin. All they were asked to do was to do entertain but their failure was way beyond epic. 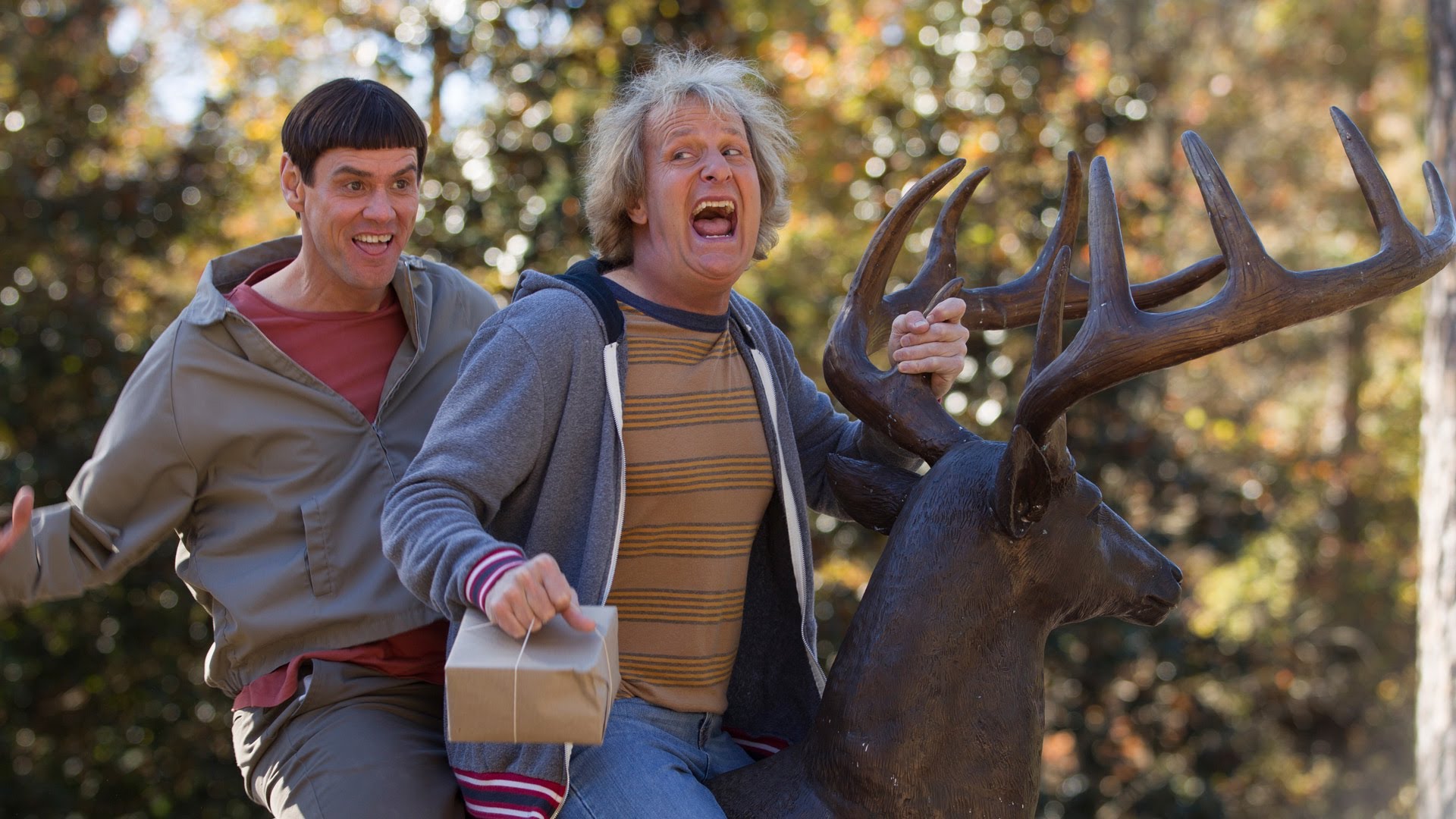