Director Will Gluckman, brings the musical ‘Annie’ back on screen, through the fourth film adaptation, following Columbia Pictures’ 1982 theatrical film, television sequel in 1995 and Disney’s 1999 television film – all based upon the 1924 comic strip ‘Little Orphan Annie’ by Harold Gray.

The musical comedy-drama directed by Will Gluck is produced by Jaz-Z and Will Smith. In this contemporary adaptation ten year old Annie Bennett (Quvenzhané Wallis) is a foster child living in Harlem, along with some other children, in the home of alcoholic Colleen Hannigan (Cameron Diaz). The young girl’s life will take a twist when she’ll literally bump into billionaire Will Stacks (Jamie Foxx), who is running for mayor of New York, with the support of his assistants, charming Grace Farrell (Rose Byrne) and the unscrupulous Guy (Bobby Cannavale).

The Annie-fans will probably have a rather lukewarm reaction to this flick, which has a series of punch lines that are supposed to be humorous but fail to amuse. Besides the weak music transformation. The new music score incorporates the old classics with new songs, through an R&B vibe that doesn’t seem to fit the timeless story.

Furthermore the way the camera moves through the two-dimensional caricature performances is distracting and definitely not engaging. Talented Jamie Foxx is constricted in making faces; Cameron Diaz plays the lousy cliché of the villain; Rose Byrne embraces the stereotypical angel-like woman. But somehow, the cute enfant prodige, Quvenzhané Wallis, heightens the flatness of the movie through her earnest embodiment of Annie’s optimism.

The attempt to place this classic in the era of smart-phones, DNA tests, Instagram, Twitter, private helicopters, fails since all these flashy accessories try to fill a void. The one where all these characters cease to be cartoons and become believable people. The style of the mise en scène further penalises the nostalgic rendition of the classic, making this remake an utter disappointment. 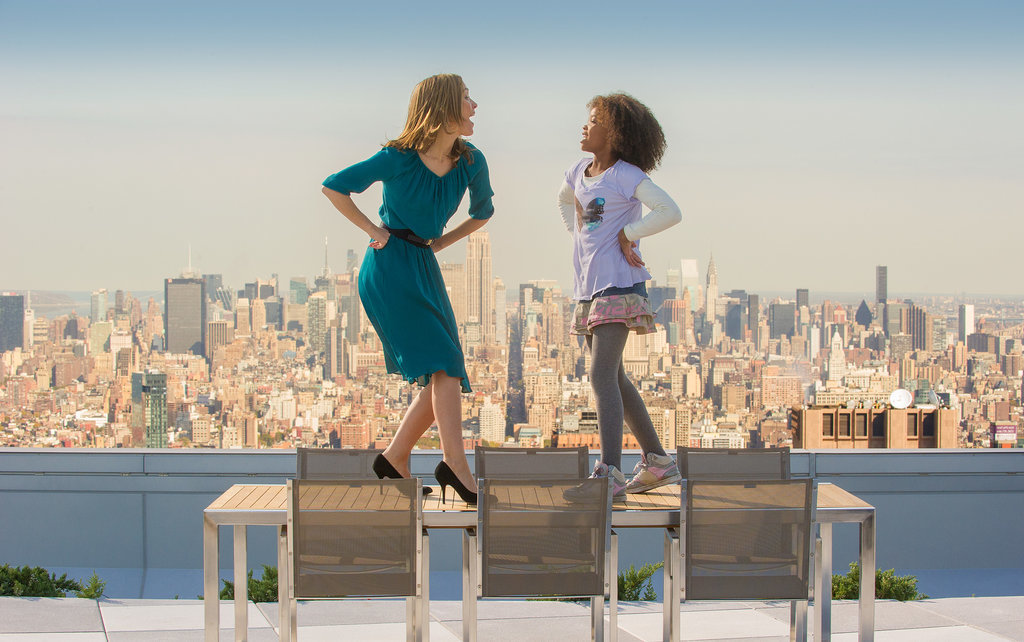