The actor best known for playing the popular horror character Freddy Krueger, Robert Englund, is going to scare audiences once again in “Fear Clinic. The film closed the ScreamFest 2014 Los Angeles and opened the 2014 New York City Horror Film Festival and if you want to see the film for yourself, it’s coming to DVD and Blu-ray Feb. 10 from Anchor Bay Entertainment.

The film, directed by Robert G. Hall (“Lightning Bug,” “Laid to Rest,” “ChromeSkull: Laid To Rest II”) and also starring Fiona Dourif and Thomas Dekker also features the acting debut of Corey Taylor, known for his career with Slipknot and Stone Sour. The film was also co-written by Hall and Aaron Drane and is based on the popular 2009 Fearnet.com series. The horror is supported special effects dreamed up by award-winning special effects creators Steve Johnson and Robert Kurtzman.

Below is the new trailer for the home release as well as Blu-ray artwork and stills. Here’s more about “Fear Clinic”:

“When trauma-induced phobias begin to re-emerge in five survivors a year after their horrifying tragedy, they return to the “Fear Clinic,” hoping to find the answers they need to get cured. 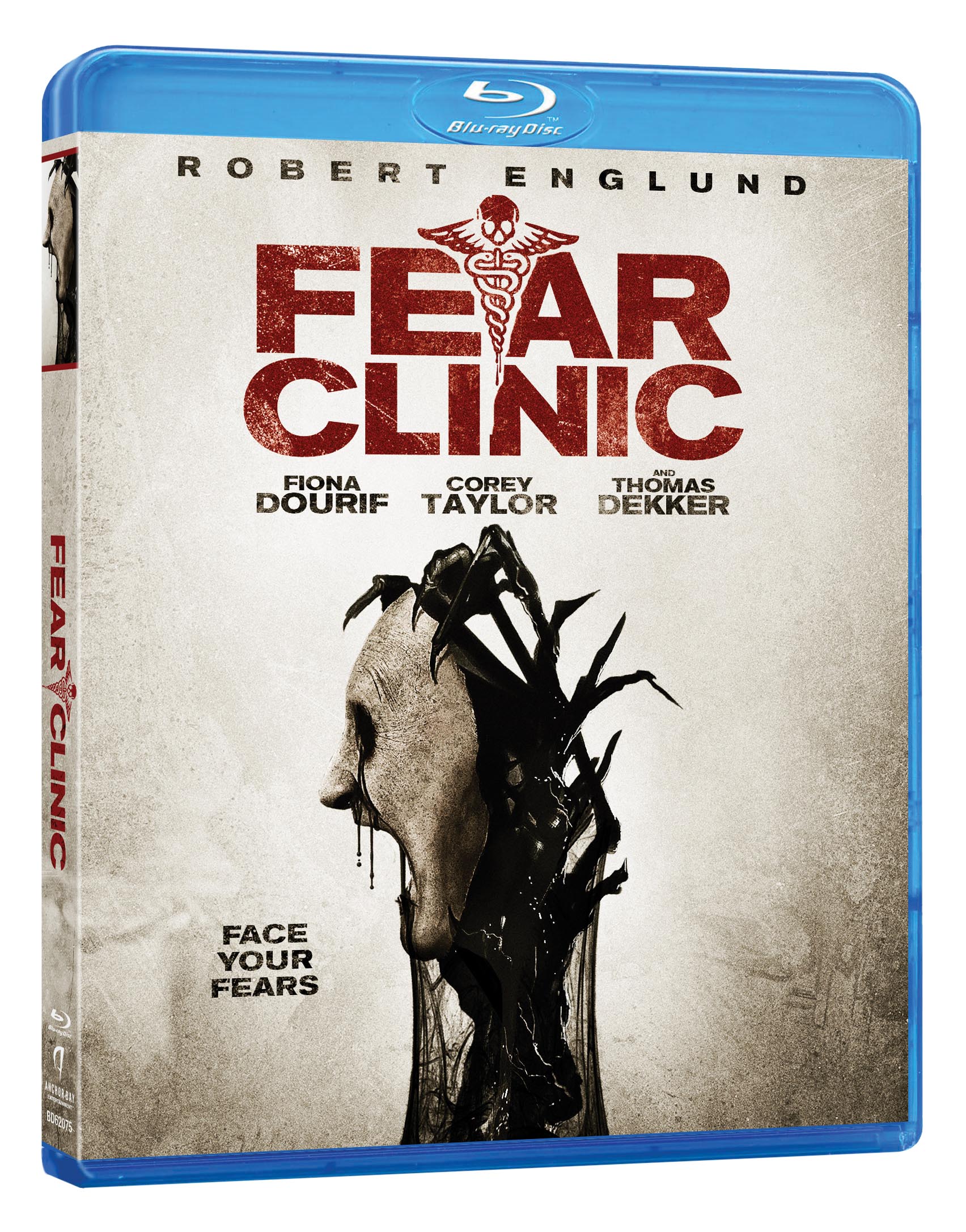