New Clip from Fear Clinic Asks What Scares You

We have a new clip from upcoming horror release “Fear Clinic” to share with you! The film, starring Freddy Krueger himself, Robert Englund, is set to scare horror fans silly with special effects created by the award-winning Robert Kurtzman and Steve Johnson. The film is so intent on your ultimate fear that the clip is called, “What Scares You?”

“Fear Clinic” promises to “take viewers on an unforgettable journey into the very soul of terror itself.” The film focuses on survivors who are having trouble dealing with their phobias. The supposed cure could be a trauma in itself.

“When trauma-induced phobias begin to re-emerge in five survivors a year after their horrifying tragedy, they return to the “Fear Clinic,” hoping to find the answers they need to get cured. Dr. Andover (Robert Englund), a fear doctor who runs the clinic, uses his “Fear Chamber” to animate their fears in the form of terrifying hallucinations. However, the good doctor soon begins to suspect that something more sinister may be at work, something that yearns to be more than just an hallucination…”

The film is directed by Robert G. Hall and co-written by Hall and Aaron Drane and based on the 2009 critical and fan webseries from FEARnet.com. The film also stars Fiona Dourif, Thomas Dekker and Stone Sour and Slipknot lead vocalist Corey Taylor in his acting debut.

Take a look at the clip and some stills below and write what you think in the comments section! “Fear Clinic” will be released on DVD and Blu-ray Feb. 10 by Anchor Bay Entertainment. 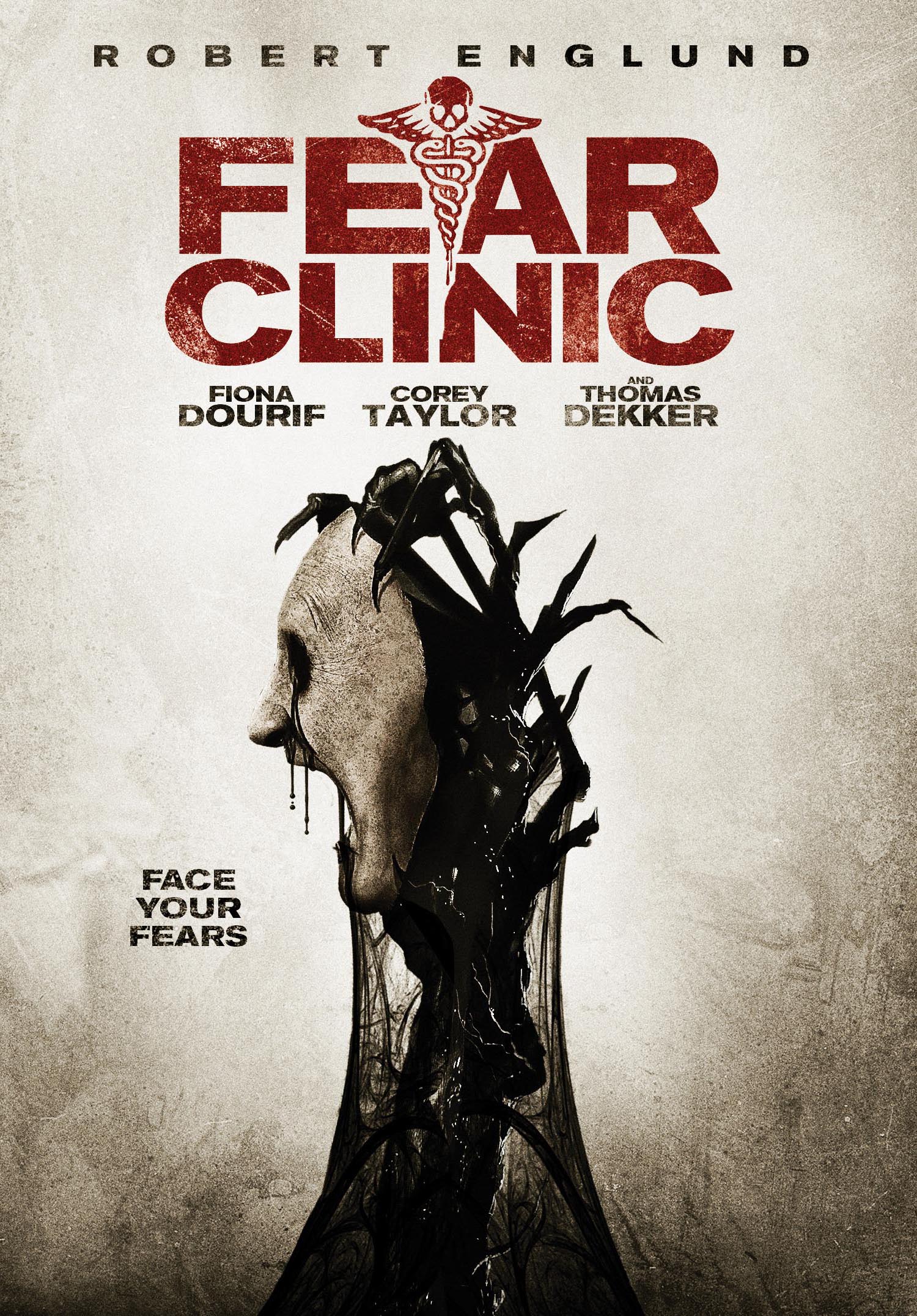