The original title (Qu’est-ce qu’on a fait au Bon Dieu?) would literally translate: “Oh Lord, what did we do wrong?” which epitomises the general mood of the distraught parents of four girls who marry foreign men. Hence the ‘Serial (Bad) Weddings’ unfold a delightful and cathartic politically incorrect comedy, which gives voice to all those uncomfortable opinions that are received disdainfully when expressed by others, but that might be perceived differently when the situation is lived first hand…

Claude Verneuil (Christian Clavier), a Gaullist notary, and his wife Marie (Chantal Lauby), are a Catholic bourgeois married couple from Chinon, with four daughters: Isabelle (Frédérique Bel), Odile (Julia Piaton), Ségolène (Emilie Caen), and Laure (Elodie Fontan). The three eldest are already married to men, each one of a different religion, and a different ethnic origin: Isabelle with Rachid Ben Assem (Medi Sadoun), a Muslim Arab, Odile with David Benichou (Ary Abittan), a Sephardi Jew, and Ségolène with Chao Ling (Frédéric Chao), a Chinese. The Verneuils pretend to accept their sons-in-law but have a hard time hiding their racism: a family meeting is spoiled because of the awkwardnesses and clichés about foreigners, stated as much by the father as by the sons-in-laws. The Verneuils, in despair, lay all their hope on their youngest daughter Laure, who finally gets engaged with a Catholic named Charles Koffi (Noom Diawara), just like Charles de Gaulle! But what  the Verneuils don’t expect is to find he is black and from the Ivory Coast. When they meet his parents, the Verneuils find that his father, a former military man, is tough, intolerant, and resentful of white colonisation in Africa, which makes the chances of the wedding taking place appear slim.

The movie is terrifically performed and Philippe De Chauveron has enhanced the great pace and humour of the script he co-wrote with Guy Laurent. All the most hideous clichés are exorcised through humour and self-irony. It is of utmost relief to see how the characters tease their own culture and, without giving up their origins, embrace their country of adoption. To see a Muslim, a Jew and a Chinese sing with pride, perfectly by heart, ‘La Marseillaise’  – the French National Hymn – is incredibly touching. Especially after the recent devastating happenings of the terrorist attack to the Satirical Weekly Magazine, Charlie Hebdo. Often cinema arrives where reality fails. It’s a small world after all and too often we forget it. But fiction and humour can be the excellent cure to treat the faulty brotherhood of man. 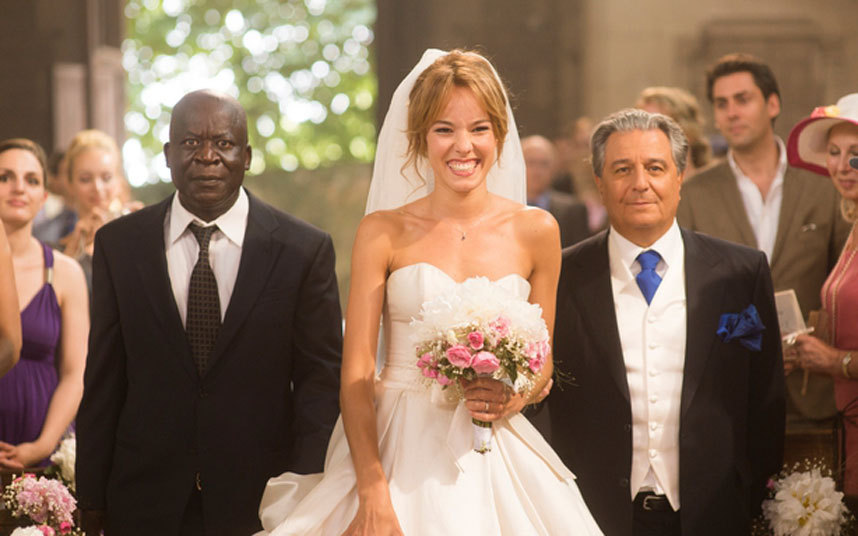