There may be some truth to the idea that actors—like Al Pacino’s character in Barry Levinson’s “The Humbling”– can lose their minds, unable to untangle reality from fantasy.  Levinson, best known in these parts for “Rain Man” (an autistic savant who lives in his own world), takes on a similar theme here, though the audience sometimes has to wonder which scenes are segments of the principal character’s imagination and which are flesh-and-blood occurrences.  In fact the setup is so unusual—a male fantasy involving a thirty-three year old woman who has a crush on a sixty-five year old actor—that we’d be tempted to say that the entire story occurs simply in the old man’s imagination.  After all, can we believe that a woman (Nina Arianda) whom Simon Axler (Al Pacino) meets in a therapy group wants to pay him to kill her husband, since she allegedly caught her spouse sexually molesting her five-year-old daughter?  Perhaps.  Or that another woman (Dianne Wiest) would stab the actor to death simply to get him to stop living with her daughter?  Also perhaps, but maybe not.

Getting back to the story, Simon, a has-been stage performer who is losing his mind though still able to play Shakespeare (despite noting that half the audience is texting while he is monologuing from “As You Like It”), falls on his face with a nervous breakdown, checks into a psychiatric institution where he is followed up by his regular therapist (Dylan Baker), and meets a normal-looking woman who calls him the only man she can trust.  Though he dismisses her stalking, he is stunned to discover despite his advanced age, Pegeen Stapleford (Greta Gerwig), the daughter of one of Simon’s co-actors, visits him, declaring that she had a crush on the celebrity since she was eight.  His life turns around for the better: in fact he even takes a break from considering suicide with a shotgun he bought, inspired by the theatrical death of Ernest Hemingway.

The story veers, like theater itself, from comedy to tragedy, or perhaps better stated from farce to melodrama, striking the uneasy balance with aplomb.  Nonetheless Pacino is disappointing, perhaps brought down by the script from Buck Henry and Michal Zebede’s.  This disappointment is based on our familiarity with Pacino’s terrific roles in films like “The Merchant of Venice” in which he plays the almost perfect Shylock, in the TV miniseries “Angels in America” in which he plays the evil lawyer Roy Cohn, and in “Scent of a Woman” which finds Pacino playing a blind man who takes the prep school student who is looking after him to New York.  And don’t forget his signature performances at Michael Corleone, Sonny, Tony Montana and Serpico.)  Next to those roles, Pacino now seems as heading south as much as he is in the current role.

Gretty Gerwig is button-cute as a lesbian who abandons her girlfriend, Priscilla (Billy Porter) when the latter is changing into a man named Prince, though the scene does not work as comedy or drama.  The story gets boosts with performances from Dan Hedaya as Pegeen’s dad, Charles Grodin as his friend, Kyra Sedgwick as the woman Pegeen sleeps with to get the college job and who is now heartsick at her loss, and Dylan Baker as Simon’s therapist via Skype.  “The Humbling,” based on a Philip Roth novel, serves to satirize May-December romantic relationships by taking the concept virtually to extremes and is a sad commentary on the transitory nature of fame. 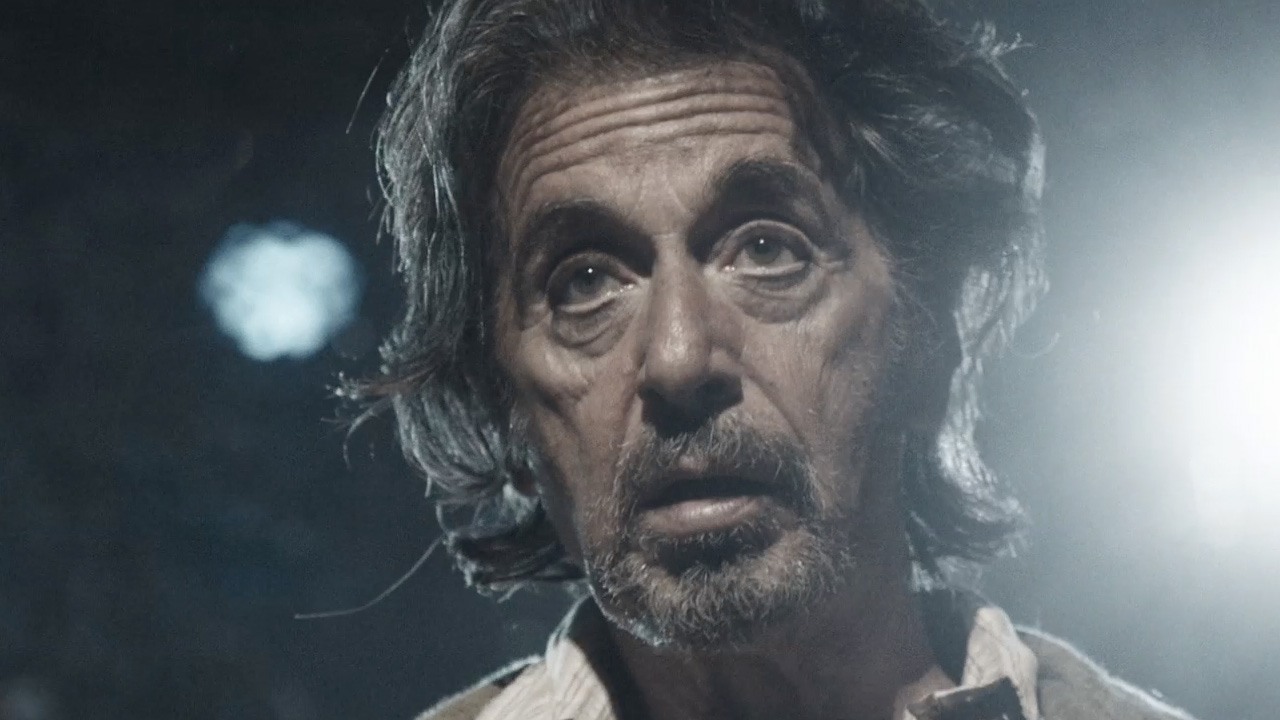