What defines a true story? Many films include an introduction of “based on a true story” to emphasize the significance of their content and to make known the fact that the plot is drawn from real events. This film gets its title straight from its subject’s book of the same name, which details one former New York Times reporter’s time spent interacting with a man accused of murdering his family. What is true and what is fiction is undetermined, and this film has much more to do with the nature of truth and what it means to be a journalist.

We first meet Michael Finkel (Jonah Hill) when he is in Africa interviewing victims of frequent violence, assuring them that he will properly tell their story with his reputable publication, The New York Times. Finkel’s piece, which he finishes while simultaneously participating in a poker game at the office, does land the cover of the Times magazine, but the follow-up meeting that Finkel suspects is about him being considered for a Pulitzer is instead a stern indictment of his work and the fact that he combined multiple people into one figurehead to make his piece more effective.

Down on his luck and hard-pressed to find work, Finkel gets an interesting call from an Oregon journalist who tells him that Christian Longo (James Franco) has been arrested for killing his wife and three children, and that he told the police his name was Michael Finkel, Times reporter, when he was arrested. This naturally piques Finkel’s interest, and he soon begins writing a book that Longo convinces him is a unique opportunity to be able to tell his side of the story.

There is a certain inauthenticity to the relationship that develops between Finkel and Longo. They spend so much time together, yet Longo never presents a truly believable reason why he assumed Finkel’s identity. As a character, he is deeply inconsistent, and while that may have been the nature of the real Longo, he does not make for a coherent cinematic personality. Additionally, Finkel never pushes Longo to reveal what actually happened, pitching an entire book based only on the run-up to a climactic and crucial unconfirmed event.

Both Franco and Hill have comedy pasts that have earned them much praise, and have each also been able to transcend less serious beginnings to earn Oscar nominations for their performances in films like 127 Hours, Moneyball, and The Wolf of Wall Street. Franco, who also has trouble getting into his role in another Sundance feature this year, I Am Michael, plays Longo as an enigma, and that tactic makes him uninteresting rather than fascinating. Hill, who rarely plays such a fully dramatic role – his two Oscar nominations were mostly for comic relief parts – is perfectly adequate, but does nothing to elevate the part to make him a worthwhile protagonist, instead essentially ceding the film to Franco. Felicity Jones does her best to salvage the film with a few key scenes, but her character, Finkel’s wife, is underdeveloped. The film rises and falls with its characters, and because they cannot be counted on, neither can the film to provide an appropriately engaging viewing experience. 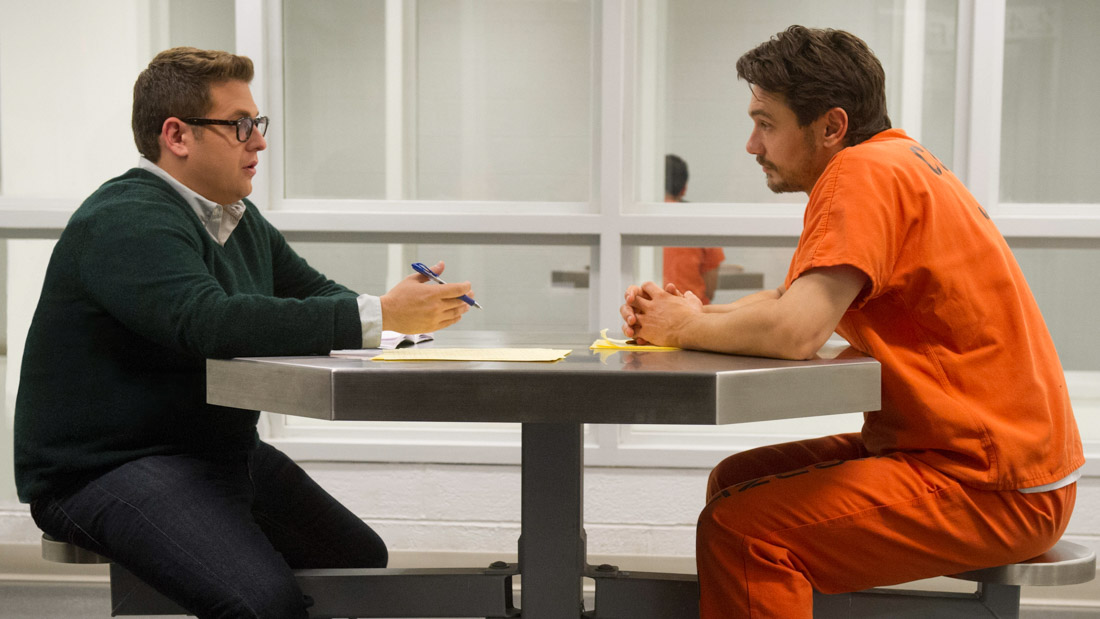