Making a film as a series of unconnected segments is a brave endeavor. Often, vignettes written and directed by different filmmakers have been sewn together to create one cohesive whole, such as Paris, Je T’aime and Four Rooms. One director steering the entire ship is less common, but such an innovative approach bears a look. This Oscar nominee for Best Foreign Film, from Argentina, formidably fulfills its title, spinning a handful of wild tales, all focused on those with severe issues repressing their anger, which leads to legendary outbursts that have to be seen to be believed.

The film opens on an airplane where passengers slowly realize that they all know one seemingly deranged individual who affected all their lives in some fashion, and that he may have been directly responsible for getting them on that plane. This hilarious first segment, which ends at just the right moment, is the perfect introduction to this eclectic movie. From there, plotting to put poison in a mobster’s food, road rage mixed with tire trouble, an attempted cover-up of a deadly DUI, a fervent dislike for the Argentinean DMV, and a wedding gone horribly wrong serve as the introductory elements for each of the successive segments.

It is near impossible to classify this film since it opens with a rather fatal and bleak path charted for its characters but frames it all within a comedic context. The rat poison, the road rage, and the DMV all fit that bill as well, turning less dramatic situations into fodder for humor. The DUI, on the other hand, is a far more serious matter, yet writer-director Damián Szifrón manages to find funny moments and themes in that one as well. And there’s no matching the lengthiest of the sequences, the wedding, which takes its plot and works it to its fullest potential.

There is a deeper meaning behind each of the film’s acts that goes far beyond their surface levels. At a Q & A for the film’s Sundance premiere, Szifrón notes that many of the concepts featured have to do specifically with Argentinean society, namely corruption, while others, like a hatred for the DMV and government bureaucracy, may be applicable to a number of other countries as well. Szifrón matched the film’s comic tone is his responses to questions, describing how his real life was the basis for much of the film and taking credit even for some of its more outrageous and clearly fictional threads. The film’s opening credits roll over shots of wildlife whose animal instincts are meant to illustrate how human nature is often not so far off and jumping to violence or aggression is all too commonplace.

There is a great deal of talent on display here in each of the film’s vignettes. Two recognizable Argentinean actors, who appeared together in the Oscar-winning The Secret in their Eyes, Ricardo Darin and Dario Grandinetti, help to anchor their segments and emphasize that this really is a product of its country. The rest of the cast, particularly those in the film’s closing act, are all terrific, and contribute to a film that is equal parts acting, story, and assembly. Szifrón reveals that he wrote each of the film’s parts in the order in which they appear, but it is only because they worked that way after much trial and error that they were ultimately put together in that fashion, a truly successful editing job for what is surely one of this festival’s best films this year. 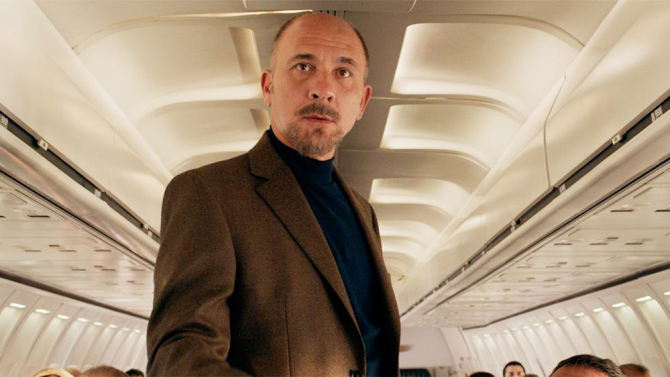