Giulia is one of the most popular female baby names in Italy, but it is also the name of a charming old fashioned car made by Alfa Romeo in the 60s and 70s; which in this flick will become the emblem of the pursuit of dreams during the mature stage of life.

‘Noi e la Giulia’ is the story of fully grown men who finally take the guts to stick to their Plan B: letting go of the profession they despised, to start anew by building their own activity.

Diego (Luca Argentero), Fausto (Edoardo Leo) and Claudio (Stefano Fresi) are in their forties and find themselves joining forces as complete strangers, to set up a farm resort. They’ll be joined by Sergio (Claudio Amendola) a fifty year old who still believes in fighting class warfare, and Elisa (Anna Foglietta) a young and eccentrically sweet pregnant woman. Their endeavour will be determined by the encounter with Vito (Carlo Buccirosso), a peculiar member of Camorra who approaches them to demand protection money, who arrives driving a vintage Giulia 1300, equipped with an alluring radio cassette player…

The movie which literally translates “Giulia and us” has a romantic charm to it, for the nostalgia towards vintage memorabilia and the simple life, as well as the idea that it’s never too late to start from scratch to attain happiness. The script is rather faulty since the characters are exceedingly stereotyped and many jokes are terribly lame. Nevertheless there are moments of genuine amusement and the dullness of the screenplay is improved by the excellent acting skills of the entire cast. All in all you will leave the movie theatre thinking that there are no registry office limitations for the pursuit of your dream, all it takes is audacity, a little recklessness and the right travelling companions. 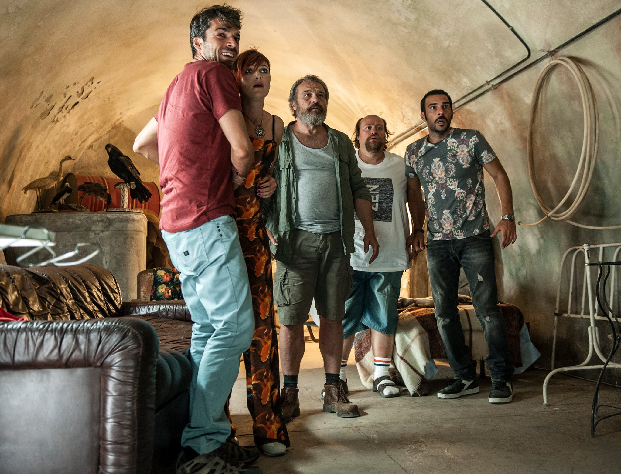