Academy Award winner Jean Dujardin has entertained us in “The Artist” and “The Wolf of Wall Street,” but now he’s giving us a new side in “The Connection,” a crime thriller set in the 1970s and aims to take audiences back to the sexy crime dramas of the period.

The film, co-written and directed by Cédric Jimenez, takes it all the way old-school by being shot on 35 mm and is being called “the European flipside to William Friedkin’s ‘The French Connection.'” Based on true events, “The Connection” tells the story of a magistrate who’s working to take down legendary drug ring the French Connection. The film also stars Gilles Lellouche (“Point Blank,” Mesrine: Killer Instinct”), Mélanie Doutey (“The Flower of Evil”), Céline Sallette (“Rust and Bone”) and Benoit Magimel (“The Piano Teacher”).

“A stylish, 70’s-period crime thriller inspired by true events, it tells the story of real-life Marseilles magistrate Pierre Michel (Jean Dujardin) and his relentless crusade to dismantle the most notorious drug smuggling operation in history: the French Connection. In his crosshairs is charismatic and wealthy kingpin, Gatean “Tany” Zampa (Gilles Lellouche), who runs the largest underground heroin trade into the States. Though the fearless and tenacious Michel, aided by a task force of elite cops, will stop at nothing–including boldly orchestrated drug raids, devastating arrests, and exacting interrogations–to ensure the crime ring’s demise, Zampa’s “La French” always seems one step ahead. As La French mounts its retaliation, Michel will be forced to make the most difficult decision of his life: to continue waging his war, or ensure his family’s safety, before it’s too late.”

“The Connection” will be in theaters May 15 from Drafthouse Films. Coming Soon has debuted the film’s artistic poster and red band trailer; take a look at both below the post! 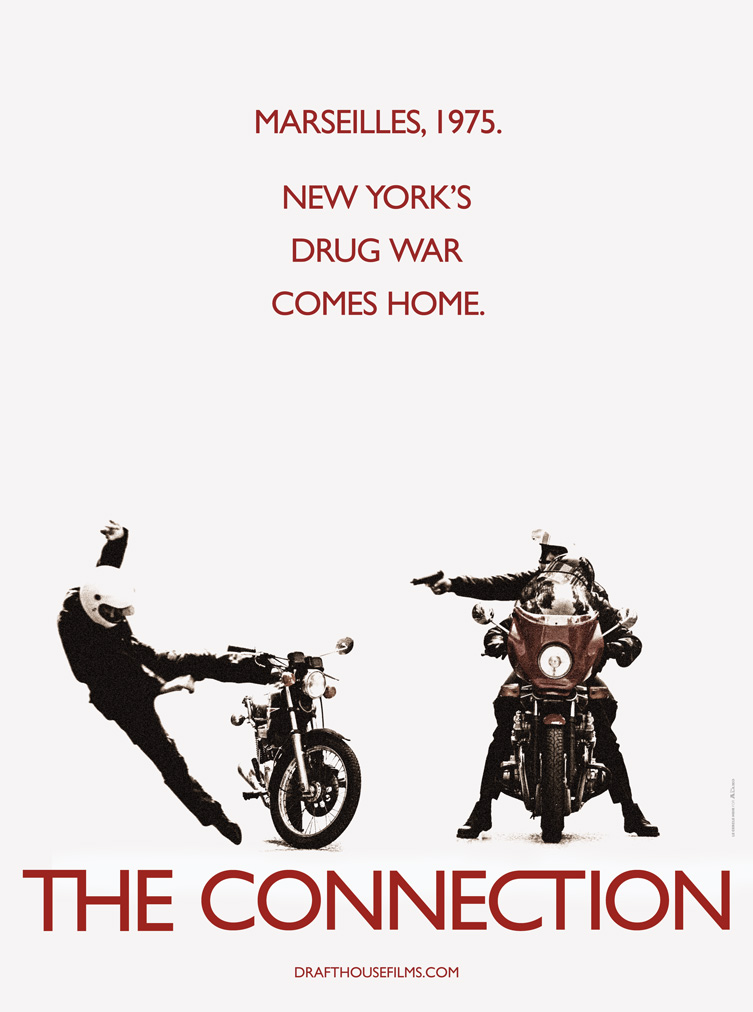