‘The New Girl Friend’ adapts a Ruth Rendell short story where Ozon plays freely with gender cliches, to suggest that the male-female dichotomy is only an abstract concept.

Anaïs Demoustier stars as Claire, a young woman whose closest friend since childhood, Laura (Isilde Le Besco), passes away leaving behind a husband, David (Romain Duris) and their newborn baby Lucie. One day she drops by David’s house unexpectedly, and finds him dressed in his dead wife’s clothes and feeding their baby with a bottle. He explains that Laura was well aware of his predilection. Eventually the complicity between Claire and David will lead them to create a female persona for him named Virginia: Claire’s new girl friend.

The movie explores sexuality with delicacy also through humour and a touch of Hitchcockian thrill. Ozon seems to write on film a suggestive essay regarding the entanglement of the rules of attraction and the mutability of desire. Transvestism is handled with great delicacy and depth, since the character of David makes it clear to Claire he is straight and crossdressing is something he enjoys doing. If it is true that opposites attract, this becomes exemplified by the chemistry that starts to bubble between Virginia’s femininity and Claire’s masculinity.

As the story unrolls the ironic comedy of errors trait will intertwine with the drama of the call to conventions. The conflicted characters are thusly torn between the urge to unleash irrationality and the imposition of succumbing to the repression of unexpected yearnings. 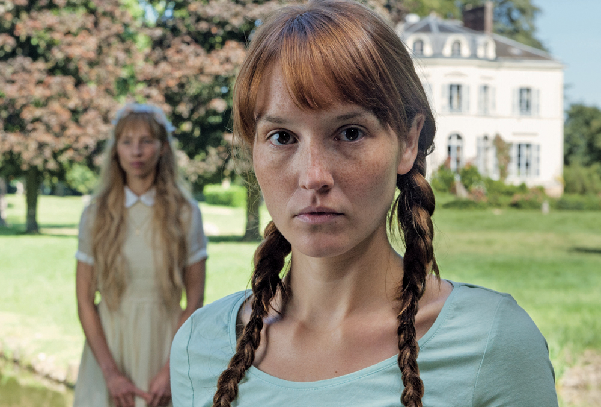