Exculsive: The Shaman Gets A New Poster

The face of conflict has changed. People kill people but they now rely on giant, intelligent battle machines to fight. Meanwhile, mankind has re-discovered the arts of magic and Shamanism and the Generals on both sides use well-trained spiritual warriors to face the threat of machines. Shamans have special senses; they are experts in all aspects of the “unseen” and the “beyond”. They believe that every person, animal, plant and object has a soul. When crossing the border to the Netherworld, the Shaman can find this soul and interact with it. That is what makes him such a deadly, highly effective weapon. They track and convert the souls of their enemies’ giant battle machines in a psychological soul-to-soul confrontation. But Shamans are not invulnerable. They are just people and can be killed like anyone else.

Shaman Joshua Van Kern and his squire Lene embark on a mission to convert a giant battle colossus and succeed where troops have failed. 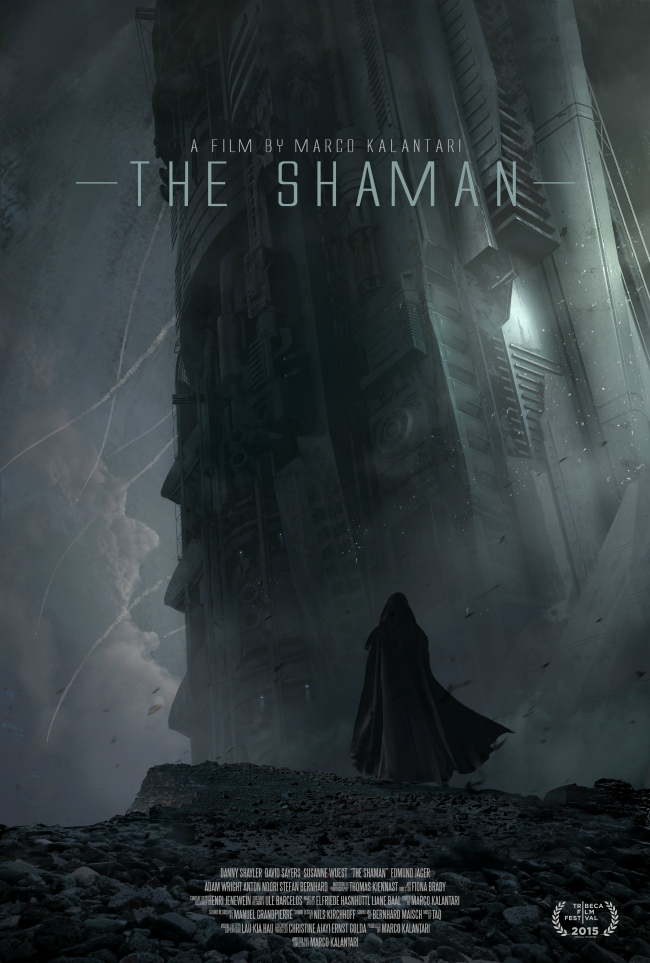