Principal Photography on The Infiltrator Kicks Off with First Look Image

Good Films has announced the principal photography of “The Infiltrator” in London and has celebrated it by giving a first look image of the film featuring Diane Kruger and Bryan Cranston. The film also stars John Leguizamo, Elena Anaya, Benjamin Bratt, Olympia Dukakis, Amy Ryan and Juliet Aubrey.

The thriller is based on the real life story of Robert Mazur, who was an undercover agent working to take down various drug rings and mobsters.

“Set amidst the lavish excess of the 1980s, THE INFILTRATOR tells the story of Robert Mazur AKA Robert Musella, who became a pivotal player for drug lords cleaning their dirty cash. He traded on mob connections to become the confidant to scores of the international underworld, and the bankers who enabled them. Laying his life on the line, he infiltrated the globe’s largest cartels and discovered just how deep into society their influence extended. Based on the true story of a fearless undercover agent, THE INFILTRATOR is a heart-stopping account of one of history’s most elaborate stings. The operation reeled in key players in a chain stretching all the way to Escobar. Their arrests would lead to the collapse of the Bank of Credit and Commerce International, and shake the black economy to its core.”

Once photography wraps up in London, filming will recommence in Florida towards the end of April. The film is directed by Brad Furman (“The Lincoln Lawyer”) and is produced by Good Films’ founder and producer Miriam Segal. “With Bryan and Diane leading our incredible cast and Brad Furman directing, we have brought together the perfect team to bring Mazur’s astonishing true story to the big screen,” said Segal, with Good Films’ co-founder Martin Rushton-Turner saying, “As the first project from our exciting slate goes into principal photography, we are eagerly looking forward to delivering a great film!” 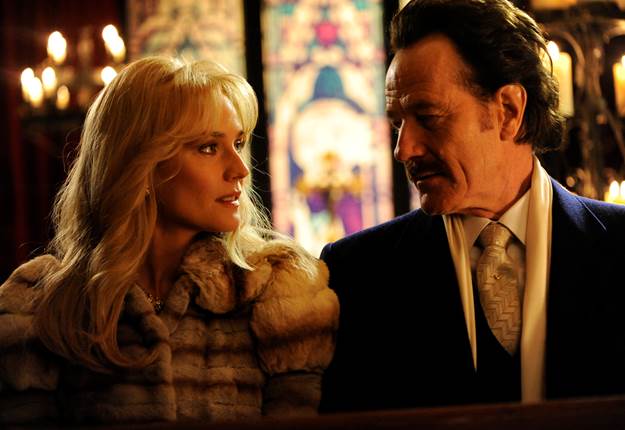