Halloween hilarity is coming back this year in the form of Sony Pictures Animation’s “Hotel Transylvania 2.” This time, Dracula and his friends are back and this time, Dracula’s worried about another one of his young relatives.

In the follow-up to the fun Halloween film, Dracula’s hotel is finally welcoming human guests, but he’s worried abut his grandson and whether or not he’s showing vampire traits.

“Everything seems to be changing for the better at Hotel Transylvania…Dracula’s rigid monster-only hotel policy has finally relaxed, opening up its doors to human guests. But behind closed coffins, Drac is worried that his adorable half-human, half-vampire grandson, Dennis, isn’t showing signs of being a vampire. So while Mavis is busy visiting her human in-laws with Johnny – and in for a major cultural shock of her own – “Vampa” Drac enlists his friends Frank, Murray, Wayne and Griffin to put Dennis through a “monster-in-training” boot camp. But little do they know that Drac’s grumpy and very old, old, old school dad Vlad is about to pay a family visit to the hotel. And when Vlad finds out that his great-grandson is not a pure blood – and humans are now welcome at Hotel Transylvania – things are going to get batty!”

You can take a look at the teaser poster below. There’s not much there, but you can see that the gang is all back together. “Hotel Transylvania 2” is coming to theaters Sept. 25, with Adam Sandler reprising his role as Dracula. The film also stars returning stars and newcomers Andy Samberg, Kevin James, Steve Buscemi, Selena Gomez, Fran Drescher, Molly Shannon, David Spade, Keegan-Michael Key and Mel Brooks. The film is directed by Genndy Tartakovsky and written by Robert Smigel. What do you think about this film? Give your opinions in the comments section below! 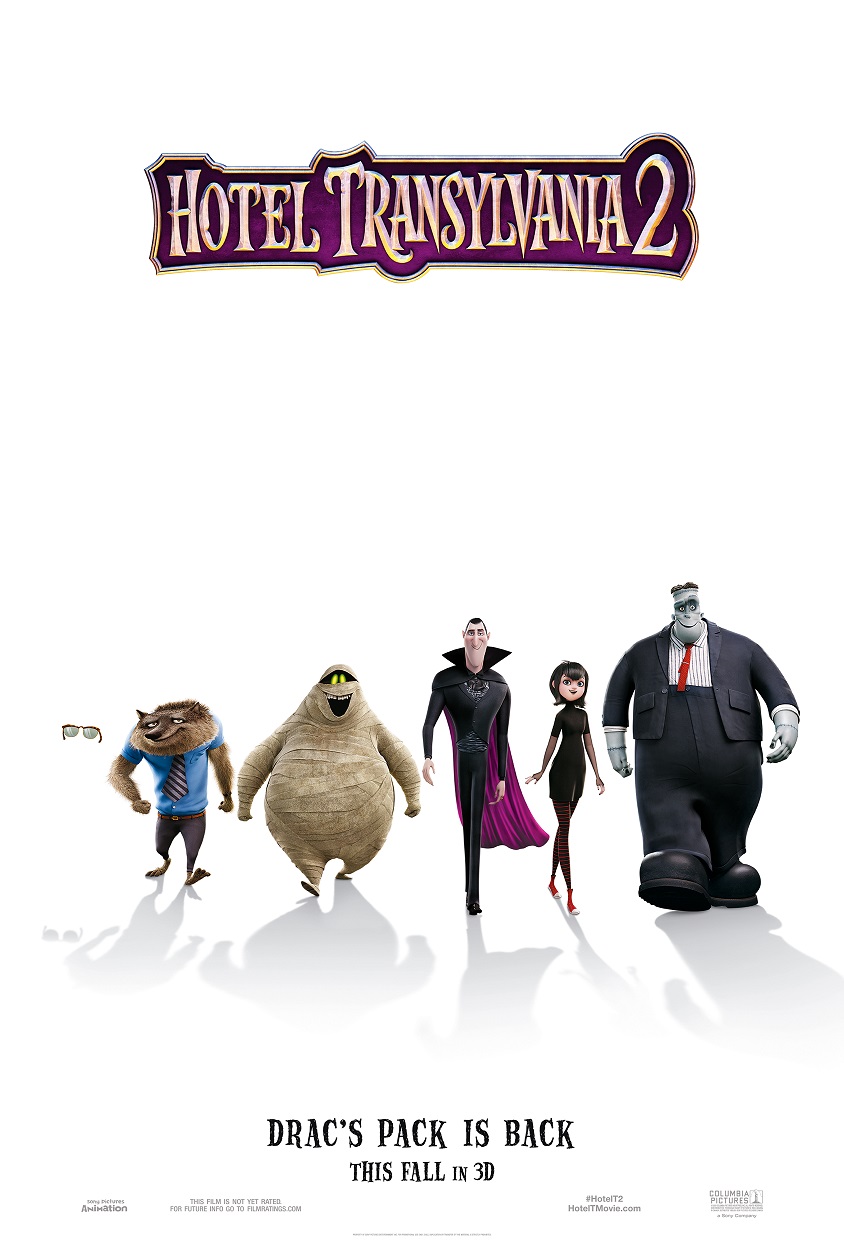