The Girl is In Trouble Movie Review

August (Columbus Short) narrates the story of how he got involved in a murder mystery involving a Swedish girl named Signe (Alicja Bachleda) whom has a penchant for choosing the wrong type of guy. She witnesses a murder of a drug dealer by a spoiled rich kid, and captures it on her cell phone. Trying to find sanctuary from all the ex boyfriends she burned in the recent past, she finally gets ahold of August – an aspiring DJ that just got fired from a bartending gig for spitting in a customers drink. They meet up at a bar and he takes her back to his place. In the morning he catches her trying to rip him off, and he takes her phone – accidentally playing the video; whoops, now he’s involved. August recognizes both men in the video – Jesus (Kareem Savinon) the dead drug dealer is the brother of Angel (Wilmer Valderrama) a much more dangerous dealer…whom just happens to show up unannounced at August’s front door. Not sure if Angel already knows, August hides Signe on the fire escape.

Angel finally finds out Jesus’ last customer – the rich white kid Nicholas ( Jesse Spencer) who tells Angel that it was Signe who killed Jesus.  August knows Angel is on to them, and tries to find a place for her to hide, while he confronts Nicholas about the murder. Nicholas, the privileged son of a Bernie Madoff type tells August that Signe has a lot more skeletons in her closet than anyone he knows. He wants Signe dead and this all to go away. Angel finds out August is hiding Signe and tells him if he doesn’t deliver Signe, he’ll kill August.  August finds himself in a bit of a quandary – save Signe, or save himself?

The Good: The story is pretty quick and easy to follow. Columbus Short does well as a leading man. Wilmer Valderrama is a great anti-hero/pseudo-villian. He may be the violent criminal, but the white man is the the true evil, am I right? [cue crickets and tumbleweeds]. Evil white brat has to snort a whole brick of cocaine as punishment; which is pretty hardcore.

The Bad: The narration kills this film. A little bit is fine, but I don’t need someone telling me what’s happening, I can see it happening; or don’t you have faith in your actors and direction to tell the story you want to tell?  Is Paz de la Huerta always high or is it just her acting style? I feel she would do well to take some speech classes, because she mumbles her lines. Beautiful girl though. Speaking of which, why is the audience supposed to care about Signe? She sucks as a character. She’s a wretched skank who uses guys for their money and doesn’t expect to work for a living because she wants to follow her dreams. Screw you bitch, get a job.  You’re only hot for a few more years, what are you going to do until your looks go to hell and your cooter falls out? How cliche can you get by making the privileged white characters so sinister? Are you that bitter? They get their comeuppance. Hooray. Who didn’t see that coming?

I kind of liked this film because it has familiar elements, but the characters need work. It’s predictable and cliche and sometimes frustrating because you’ve seen this film many times over. 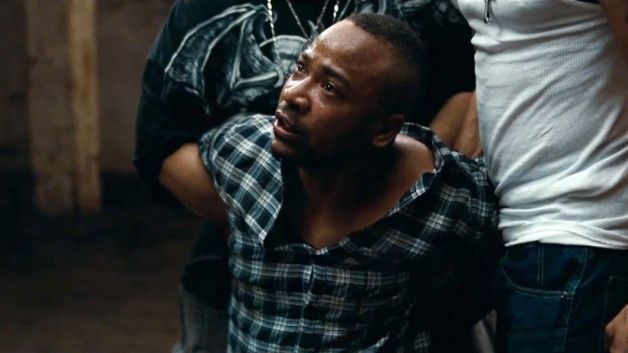