The film stars Emmy-nominated “Young and the Restless” actress Emily O’Brien as well as Ciara Hanna (“Power Rangers”) and Jackie Moore (“100 Ghost Street.” Just from the trailer alone, you can see that the claims of a “carnival for the eyes” and a “sexy, bloody, and heinous” by Dread Central and Horror News are extremely apt. Take a look at the trailer below the post and you’ll see just how horrifying this particular film is.

“Pernicious” focuses on three girls who are in Thailand on a vacation that should be one of the highlights of their lives. However, they unknowingly unleash the spirit of a murdered girl who only has revenge on her mind. If you were a fan of “The Ring” and similar films featuring scary, murderous kids, then this film will be right up your alley.

What do you think about “Pernicious”? Are you going to view it when it comes to theaters? Give your opinions in the comments section below! 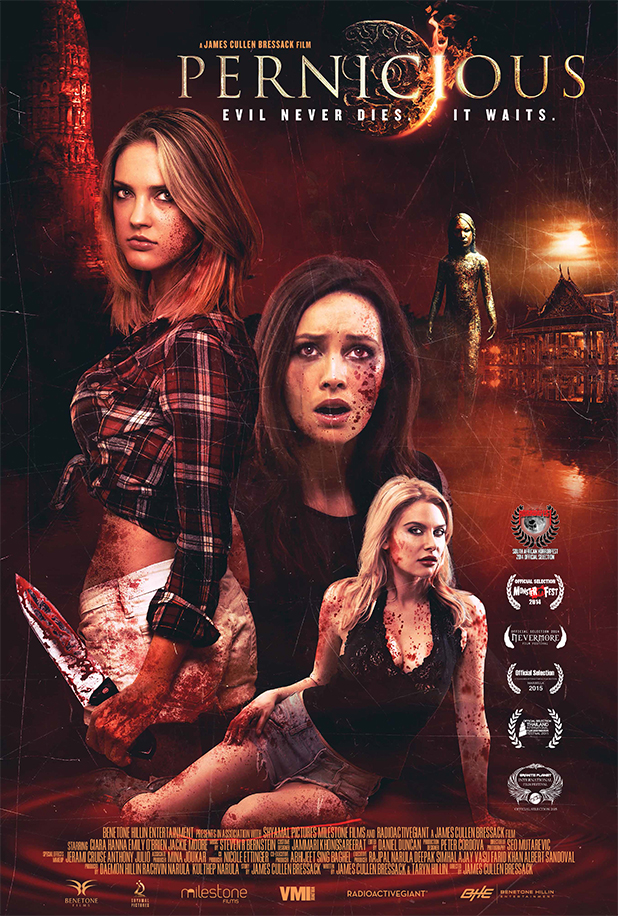