In the early 90s, a serial killer targeted 17 women, some whom were fount buried alive. Thomas McCormack, the detective working on the case felt he failed when the suspect Francis Visser (Scott Glenn) got off due to lack of evidence, and killed himself, leaving behind a son.  Twenty years later, his son John (Chris Coy) goes looking for Visser whom is now living in a small town under a new name Eugene Van Wingerdt as the town barber.  He confronts Eugene claiming to be a fan who wants to learn from a master killer, but Eugene claims to be innocent and that like his father, he has the wrong man.  Meanwhile John tries his hand at abduction, but only to teach the naive girls of the town a lesson in trust.  Meanwhile John’s detective girlfriend Audrey (Kristen Hager) feels John is taking this ruse too close to heart and is digging deeper for him in order to speed things along. As John and Eugene form a friendship, Eugene’s secret wall begins to crumble and he lets John into his world that he’s been hiding for 20 years. Did he do it or didn’t he?

The Good: It’s an interesting take on the whodunit-suspense-thriller genre.

The Bad: The characters are dumb, and I mean all of them. Let’s kill everyone because they’re all so stupid and I don’t feel like caring if anyone lives or dies in this film. The women in this town are a bunch of trampy dipshits. Yeah trust a pseudo-adequate looking guy. If he’s bangable, I should be able trust him I guess.

The Barber plays out like the lovechild of Mr. Brooks and Apt Pupil with some excess random DNA from other done before whodunits. I figured out the end almost immediately and the killed off characters weren’t even likable to miss. Not even the loveable Stephen Tobolowsky…BING! The Barber is safe enough to watch with your mom or grandma who tend to get a thrill out of these types of films. The language, violence and sensuality is pretty tame for an R rating. 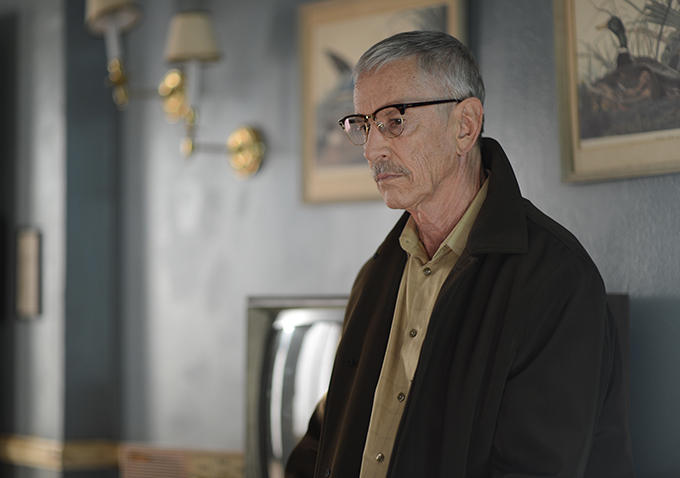