“Pernicious” is about to scare horror fans in theaters and On Demand and you know what? The film is so horrifying, even Jackie Moore, one of the stars of the film, was scared! Moore discusses what scared her in this interview we had with her below the post. Moore also outlines what makes a great horror film for her, some of her favorite horror films and how people who are new to horror can approach “Pernicious.” The film comes to theaters and On Demand June 19.

Shockya: What can you tell me about your character Rachel?

Jackie Moore: My character Rachel is kind of outspoken. She’s almost like the leader of the group. She’s Alex’s [Ciara Hanna] sister and you find out pretty early on that they’ve lost their mother and that she was pretty close to her mom, so there’s that whole subplot of the movie. She’s going…to help kids in Thailand and she’s a little on board, but she also wants to be there and party. She’s kind of a party girl, like me.

Shockya: I watched the trailer and I was pretty terrified. Were there any elements of the story that really scared you?

I think because kids are so innocent, I feel like they would be the ones to be a spirit. If a spirit would present itself, it would show up to a child. Kids have imaginary friends and you just have a vivid imagination when you’re a kid, so so many stories come from that. Also, it’s just the idea of a little kid walking up to you and being possessed or telling you that they see dead people or any of those things. It’s just so scary because kids are honest, you know what I mean? They’ll just say what’s on their mind. So if a kid did say that, it’s just terrifying…Anything that’s an extreme in life is scary. You don’t ever want to think of a kid doing anything wrong or being possessed. That’s why it’s always really good in horror movies, like “The Shining” or “The Sixth Sense.”

Shockya: How was it being on set with the cast?

It was amazing. I absolutely love the cast. Actually, Emily [O’Brien] and Ciara became very good friends of mine. We hung out all the time and would go bike riding, we’d go out in Thailand, it was so much fun. I love them.

Shockya: It’s great when you do find friends on set.

Oh yeah, we totally got lucky. We clicked right away from the beginning. Ciara and I went on the plane ride together and I’m scared of flying, so it was nice to have her sit with me and hold my hand when we took off. She’s a sweetheart. And actually, the little girl in the movie is so cute. She didn’t speak that much English, but she knew every word to “My Heart Will Go On.” I thought that was so cute. [Filming] was such a great experience.

Shockya: You mentioned “The Shining” and “The Sixth Sense” before. Do you have a favorite horror film?

Well, those two are two of my favorites. I think that’s why I always bring them up, because both of those films really affected me…The visuals and the acting have always stayed with me. I think they’re two of the best horror movies of all time. And also, “Let The Right One In,” which is another one with kids, and I would say “The Exorcist” is very scary. I’m obsessed with horror. I love “House of 1000 Corpses,” I love Rob Zombie.

Shockya: What makes a horror movie a favorite for you? What kind of boxes does it have to tick?

For me, I would say mystery is a big one. I’m very interested in anything unknown and I love ghosts. I think ghosts are always a big interest of mine. I don’t mind gore, I don’t mind that all to an extent. I just [like] a good story. If it has a good story, even if there’s gore…I’ll get into it, you know what I mean? Anything that keeps my interest in that way. Horror or not, a film’s a good film.

Shockya: When audiences go see it, how do you hope they react to the film?

Shockya: For someone who might be new to horror, how would you convince them to watch “Pernicious”?

I would say that “Pernicious” is not only scary, it is fun and it’s got mystery. I love the script; I laughed out loud at some of the lines in the script. I thought it was funny and interesting and it wasn’t your typical horror movie. It was a good time. There’s more to it than the torture, which they will see. I think they’ll enjoy it because it is a good story. I’d say go watch it because I love it! I really enjoyed it. 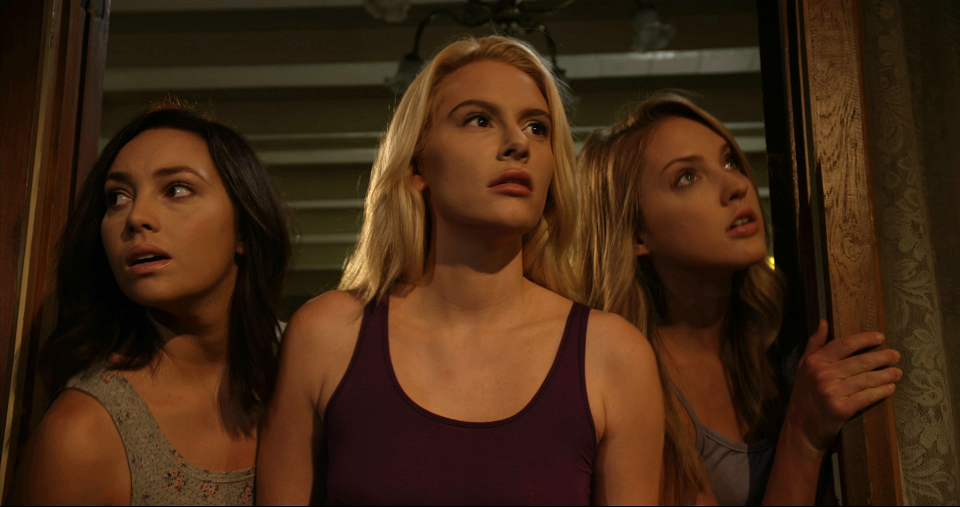