Paige Pritchard (Marina Petrano) lives a slightly sheltered life. Her parents are a lttle hard on her because they want her to get through high school without distraction. One night she decides to sneak out and party with her friends in the woods of Borley Forest. That night she attracts the attention of a poltergeist, the energy that wants Paige to love him/it. It begins to haunt her in her bedroom and gives her nightmares. When Paige gets flowers, her parents think she’s hiding some secret boyfriend which gets her into more trouble Her older brother checks the security cameras and discovers that the flowers appeared out of thin air on the doorstep. He and Paige investigate into the disturbances and discover the poltergeist may be of a murdered young man that has been known to haunt the woods. They must find a way to vanquish the spirit into the spirit world, and finally clear Paige’s bedroom of the ghost.

The Good: If you are inclined to leave the TV on for company, this will do the job.

The Bad: The acting, the dialogue, the boring storyline. There’s one scene where this girl is supposed to be comatose, but she doesn’t seem to know if she should be asleep or like a vegetable. Shouldn’t that be discussed at the table read or before they start shooting? The brother, his girlfriend, and the parents were annoying. The guy who was kind of the pseudo-love interest was creepy and not aesthetically pleasing to be acceptable as the sort of potential boyfriend. Sorry, I guess I’m an asshole. The CG effects were so bad, I don’t even want to talk about them. What year is this? They were straight out of my old high school audio-visual department. The audio was tinny and hollow – as if they recorded the dialogue in a shipping container. The score was horrible; it was the same 3 cords repeated. That was annoying in Eyes Wide Shut, don’t make the same mistake.

From the special features, it looked like the cast and crew had a really good time making The Poltergeist of Borely Forest, and that’s cool. I’m proud of some crappy stuff I did in the past, and I’m totally aware it’s crap – but it’s mine.   They can use this film as a learning experience and maybe, hopefully, they’ll see the weak areas and make their next film 10 times better…is that right? I’m kind of Zoolander when it comes to math.  They may have been too excited by their movie to really notice all the weak spots. That’s okay, we’ve been there. 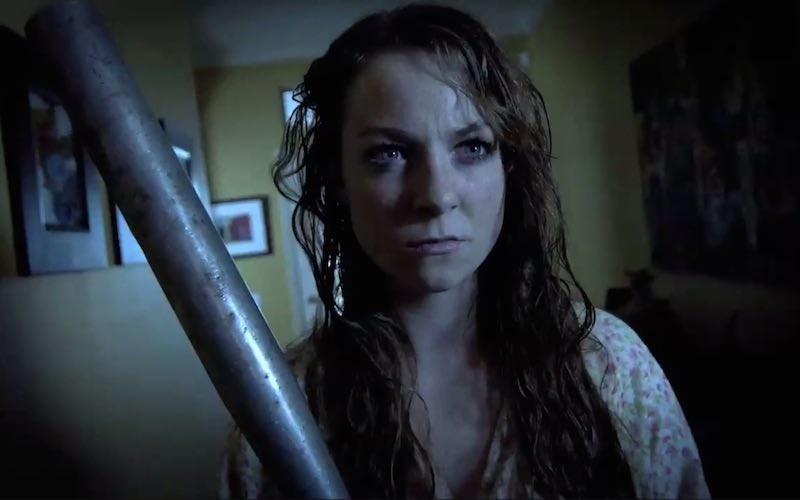 Cancel reply
Grumsling’s A Church, On a Boat, In the Sea EP Review
Inside Out Movie Review
To Top