Crafted Takes a Look at the Legacy of Artisans Worldwide

Morgan Spurlock’s latest film, “Crafted,” has recently debuted at the Los Angeles Film Festival and gave audiences an inside look at how the art of craftmaking has endured even while technology rivals the practice of making things by hand.

The film, which is now available for streaming on Amazon Prime Instant Video and exclusively available for four months at Amazon.com/Crafted, is based on Spurlock’s passion for the artisan community. “Creating high-quality products that hold meaning – from making food to crafting tools – takes a relentless level of commitment and passion, particularly in our society where disposability reigns supreme,” he said in a statement. “I am thrilled that the stories of the five artisans in Crafted are now available for everyone to watch.”

The film, produced by Spurlock’s Warrior Poets Productions and distributed in the US by Kinonation, was commissioned by Häagen-Dazs as a way to pay homage to the company’s artisan heritage. Amazon Prime Instant Video members can watch “Crafted” for free while non-members will be able to buy the film from the service. Fans of the film can also watch the trailer below or at at the film’s website. At the site, fans can also learn how they could win artisan-crafted prizes from the film’s subjects as well as a trip for two to San Francisco to have an eating experience at Bar Tartine by sharing the film’s trailer through Twitter and Facebook. This promotion is only open to legal residents of the US and Washington, DC. Residents must be at least 18 years of age or older.

There’s even more stuff up for grabs! To promote the film’s premiere, participating Häagen-Dazs shops in the US are giving 50 percent off of purchases June 17. This promotion excludes items like ice cream cakes, pints, quarts and gift cards. The offer also can’t be combined with other coupons or discounts. To learn more about the promotion and where to find your local shop, visit the Häagen-Dazs website.

What do you think about “Crafted” and the handmade products on display in the film? Give your opinions in the comments section below! 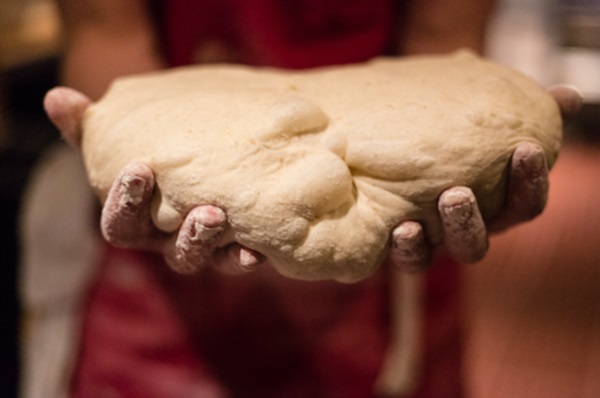