During the final segment of Amy we watch a duet of Tony Bennett and Amy Winehouse in a recording studio. Why would Tony bother appearing with Amy? Maybe because she was an unusual young English jazz singer and a songwriter, known for her deep vocals and eclectic mix of musical genres? Amy Winehouse applied a mix of soul, blues and reggae in her songs. She won five Grammy Awards for “Back to Black” (2006) and composed other songs such as: “Stronger Than Me” (2004), Rehab (2007) and Love Is a Losing Game” (2008).

In contrast to Amy’s phenomenal success since age twenty, her personal life was anything but. She was a manic depressive and suffered from Bulimia. She overdosed on heroin, ecstasy, and cocaine, while suffering from depression and other eating disorders. Her boyfriend and then husband Blake Fielder had drug-crazed relationship with Amy, fueled by drinking, drugs and physical violence. Blake introduced her to crack cocaine on top of the heroin she was already using. Her erratic behavior caused her father to have her involuntarily committed to a mental institution. Amy was arrested on suspicion of drugs possession and was accused physical assaults. She obtained injunction against the paparazzi agency Big Pictures, and the agency was banned from following and photographing her.

All these juicy details make up for a melodramatic documentary of a young musician who died at the age of twenty-seven, from alcohol poisoning. Cleverly directed in a chronological order by Asif Kapadia, and smartly edited by Chris King Amy utilizes personal tapes from Amy Winehouse’s collection, public tapes from her concerts and personal interviews of people who knew her very well such as: her bodyguard Andrew Morris, her ex-husband Blake Fielder, her friends Blake Wood, Juliette Ashby, and Lauren Gilbert, her mother Janis Winehouse, and her father Mitchel Winehouse.

Director Kapadia does not shy away from showing us Amy’s downfall, specifically her scandalous drunken performance at a large public concert in Belgrade, Serbia that generated contemptuous response from an impatient audience chanting “sing, sing, sing”, her violent interactions with the paparazzi while looking disheveled, and her appearance with her husband, both looking bruised.

Subtitles are provided for those of us who speak English but do not understand that incomprehensible British accent! 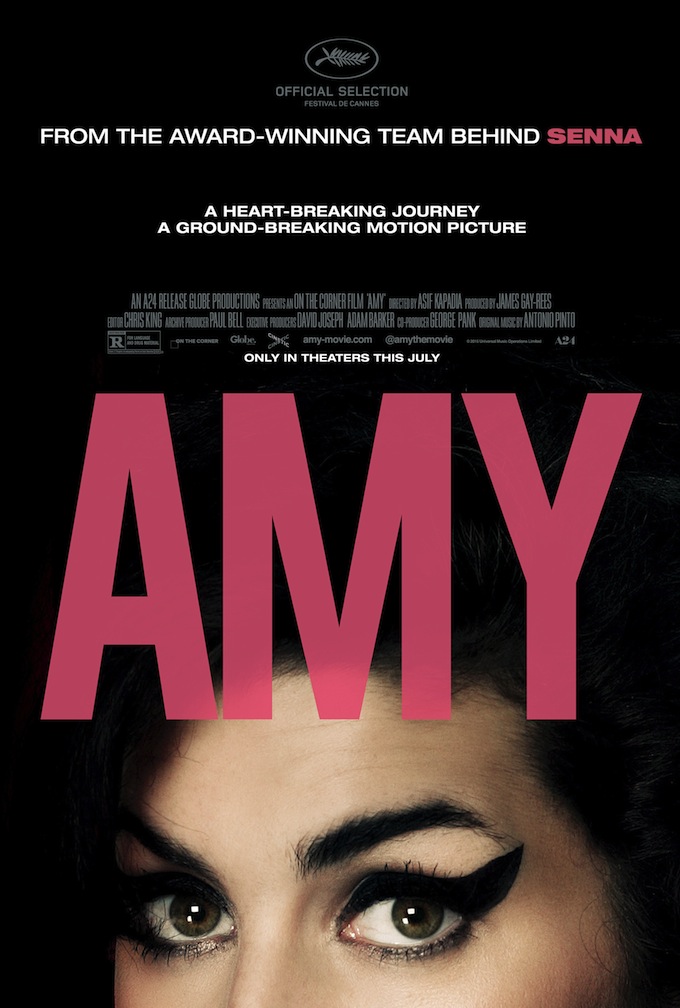