Matthew and Catherine Parker (Joseph Fiennes and Nicole Kidman) have moved their family from Canberra to a small “shithole” town in rural Australia to start a new life after an incident involving their 15 year old daughter Lilly (Maddison Brown) caused them strain and embarrassment. With nothing to do, Lily drags her younger brother Tommy (Nicholas Hamilton) to the skatepark where they meet some older boys. Tommy apparently suffers from insomnia, and has a habit of taking night walks around the block. Lily takes advantage of his freedom to wander about and follows him; they never return home.  The following morning, Catherine gets a call from the kids school telling her that her kids haven’t been to school for several days. To make matters worse, a huge dust storm is set to hit the town.  Matthew doesn’t seem to worried though. He saw the kids leave the night before and figured they’d be home at any time. After the town goes dark when covered with red dust, the parents seek the help of local cop Detective David Rae (Hugo Weaving). Rae pulls up Lily’s record on the missing person’s database and discovers this isn’t the first time this has happened. He wants to treat this as just another runaway case, but after discovering the real reason the family moved to town was Lily having sex with her teacher, he feels maybe there’s something more lurid and sinister with the children’s disappearance. More so when he finds out that most of the men in town had already had a turn on Lily – including his lover’s mentally handicapped brother. Matthew is livid and blames their daughter’s antics on Catherine, both whom need constant attention and will do anything sexual to get it. Catherine begins to see this as a probability, as mental state begins to deteriorate, her marriage is in jeopardy and  the window of the kids being found alive begins to close.

The Good: The pacing and the acting felt very real. Nicole Kidman’s acting was especially good.  Her character’s mental state was convincing, much like her performance in Rabbit Hole. There was a scene that stuck out where she is wanting some physical comfort from her husband, and their lovemaking(?) was quite visceral.  Some critics complained about the score by Keefus Ciancia, but I liked the morose tone of it. The characters of Coreen and Burtie (Lisa Flanagan and Meyne Wyatt) were actually more interesting than the Parkers.

The Bad:  Much like reality, the pacing was long and dragged often. Getting introduced to Hugo Weaving’s character with his bare ass going doggy style on Lisa Flanagan. Yikes. Nicole Kidman goes full frontal, but it’s through a Vaseline smeared lens. Boo! The film inter cut with the daughter’s sensual narration from her dirty diary was a little bit nauseating. It’s like going back and reading stuff I wrote in high school where I thought I knew it all; it’s eye rolling-ly bad. I just want to yell at her for being such a stupid selfish kid for torturing her parents like this.  It’s not necessarily a bad thing for a film to incite emotional reaction, but it makes me feel bad…and that’s not good.

All in all, Strangerland is a film that many parents can relate to the subject matter, and shows how to cope when their selfish kids cause them grief.  Communication with the co-parent is key to getting past it all. If you’re a fan of schadenfreude, then these parents’ misery will give you the tingles. 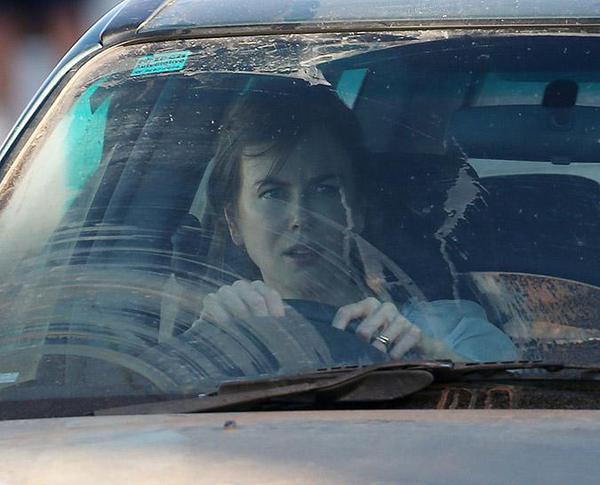 Cancel reply
FilmOn Makes a Major Deal with Zee Entertainment
Enter in The Star Trek: To Boldly Go Omaze Campaign for a Chance to Appear in Star Trek Beyond
To Top