Exclusive Clip: “Child 44” Goes Back in Time to the 1950s Soviet Union

We’ve got an exclusive behind-the-scenes clip and stills from Tom Hardy’s latest film, “Child 44.” The film, also starring Gary Oldman and Noomi Rapace, comes to Digital HD July 21 and on Blu-ray plus Digital HD, DVD plus Digital and On Demand August 4 courtesy of Summit Entertainment.

The film is based on the first novel Tom Rob Smith’s acclaimed trilogy, adapted for the screen by Richard Price, directed by Daniel Espinosa and is produced by Ridley Scott. The film also stars Joel Kinnaman, Jason Clarke, Paddy Considine and Vincent Cassel.

The film starts with a tragic death, leading Hardy’s character to suspect a conspiracy.
After a friend’s son is found dead, Soviet secret-police officer Leo Demidov (Hardy) suspects his superiors are covering up the truth. When Leo dares to raise questions, he is demoted and exiled to a provincial outpost with his wife (Rapace). There, Leo soon discovers other mysterious deaths with similar circumstances and convinces his new boss (Oldman) that a deranged serial killer is on the loose—and must be stopped before he strikes again in this electrifying thriller.

Since the film is a period piece, the home entertainment release of “Child 44” comes with a bonus feature, “Reflections of History.” The featurette showcases how the 1950s Soviet Union was recreated and brought to screen.

Take a look at the exclusive clip detailing some of the work that went into creating an authentic 1950s look for film along with the gallery of stills below and write what you think in the comments section! 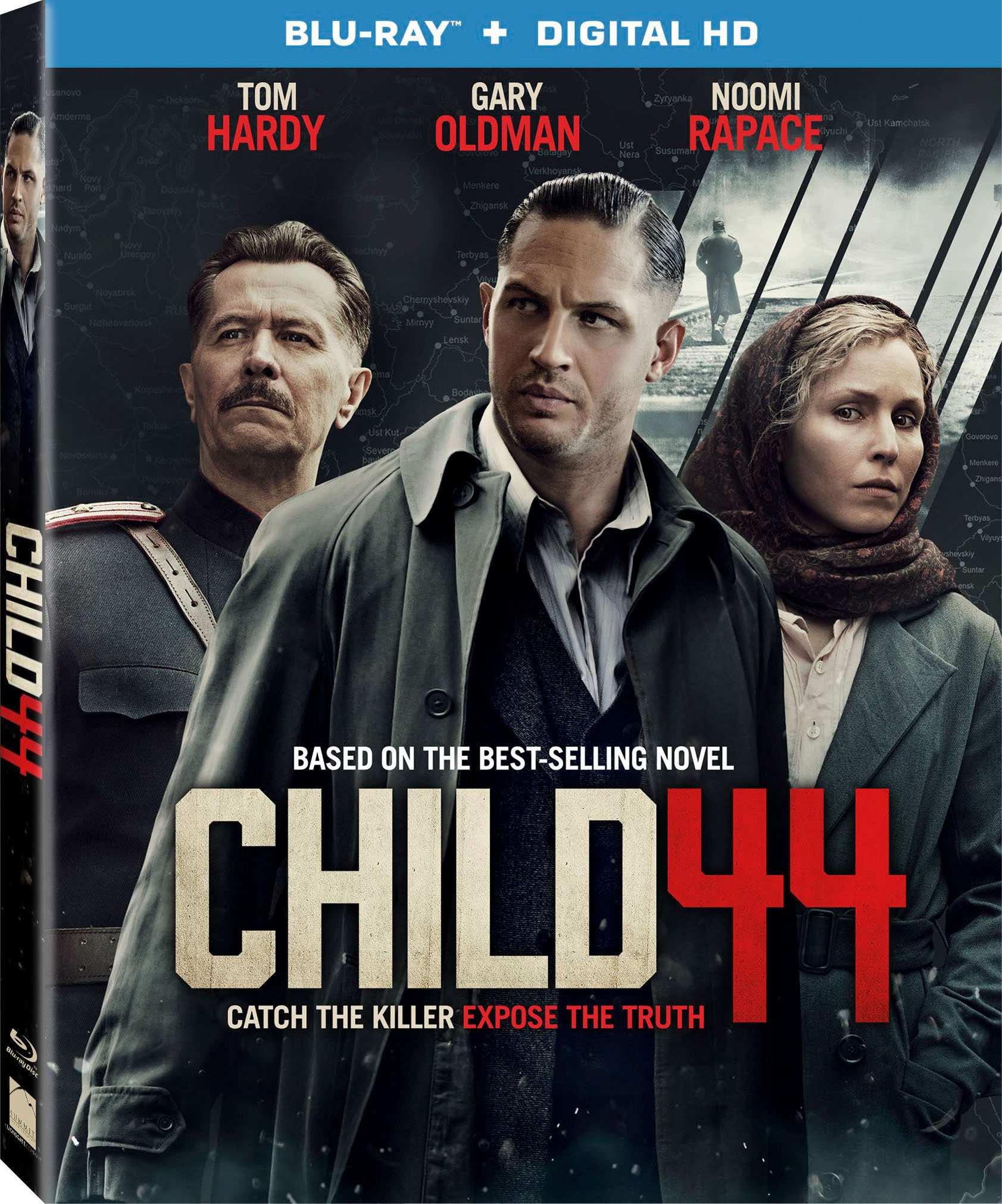