Charles (Evan Peters) is a handicapped high school kid that has a part time job at a truck stop gas station. Every night he sees Vicki (Juno Temple), what the truckers call a “Lot Lizard” climb into truck cabs as forced by her pimp Skid (Kevin Alejandro).  One night Charles busts up a fight between the two with a baseball bat, and strikes up a conversation with Vicki whenSkid runs off before her next customer shows up.  The two get friendlier when she finds out he wants to enter a photography contest. She volunteers to drive him up the coast to take pictures of lighthouses. He gets her to open up about her past and urges her to make up with her mother and sisters – who threw her out when they thought she started a sexual relationship with her mother’s boyfriend. Needless to say the visit didn’t go as they hoped.  The two develop a psudo-romantic relationship, but she’s awkward about it as she doesn’t know how to interact without getting sexual and he doesn’t force himself on her.

Some bullies from Charles’ high school break his camera that belonged to his older brother, but he still manages to enter the contest.  Peg (Christine Lahti) who owns the truck stop has an understanding with Charles’ dad (Joel Gretsch)whom is dying, that she will be there for his son. Vicki spends some time with Charles and Peg, and takes dad on one last bike ride as his dying wish.  After Charles again interrupts Vicki and Skid from beating and almost killing her and then almost gets killed himself, Vicki grows some nuts and puts an end to the violence…and Skid. Charles and Vicki part ways, but promise to see each other again someday, leaving the audience hopeful about both of their futures, even if they don’t end up together.

The Good:   Christine Lahti’s character Peg was fun and I wished they gave her character a little more depth.  Evan Peters had to rely solely on his acting abilities because he had so few lines.

The Bad:  It’s one of those romantic dramas that may have looked good on paper, but didn’t play out as they hoped. He didn’t have to win the photo contest, but 3rd place?! C’mon, way to kick this kid down some more. He’s already crippled. Do you hate him or something?  It’s great we see Juno Temple’s character get out of her situation, but what about Charles? His camera’s broken, he’s stuck at the truck stop, dad’s dead. What’s he gonna do with his life? Give us something, dammit. I felt gypped with his storyline. I guess they hired Ariel Winter to cash in on her Modern Family fanbase, because she maybe a total of 2-4 minutes on screen with barely any lines…and what a little bitch too.  Lets just throw in a random detestable character with a recognizable face and small fanbase.

The story is predictable. I didn’t care about any of the characters except for Charles. He’s just supposed to be a touchstone character; he’s left behind while everyone else’s lives get better. The hooker stops hooking. The lovelorn but strong truck stop lady finds love. Dad gets one last hurrah before he dies. Crippled kid….still crippled, working in a truck stop, watching the world from the window. Woo, what a great drama. 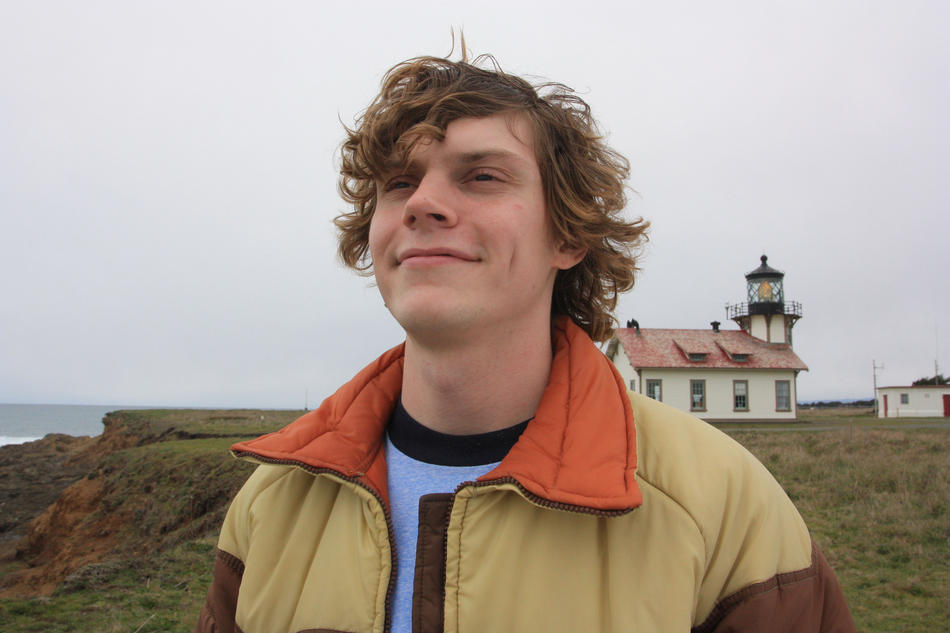