“Call Me Lucky,” a Bobcat Goldthwait film focusing on Goldthwait’s friend and mentor Barry Crimmins, is a fantastic documentary exploring the life of a comedian-activist who has influenced so many big names in comedy as well as helped save an uncountable number of children from the perils of childhood pornography in online chat rooms.

ShockYa was happy to speak to Goldthwait and Crimmins about the film, Crimmins’ impact on childhood online safety and what they hope people take away from the film. “Call Me Lucky” is now available in theaters.

What was the inspiration for “Call Me Lucky”? Or, rather, what inspired you to make this documentary about Barry?

Bobcat Goldthwait: Well, he’s my friend and I love him dearly, but really it was when he went to the floor of the Senate at the judiciary hearing and spoke out against AOL allowing child pornography being exchanged in chat rooms. He wrote an article that was in the Boston Phoenix and it just felt like a Capra movie, like a Frank Capra Film, you know, the little guy taking on a big corporation. That was really why I wanted to make the film. It’s somewhat a tribute to my friend, but really I thought it was key just to find out who this guy was before that stuff. I’ve seen a change in him after. I’ve seen some of the anger go away and I…felt like it was a really good movie to make.

In the movie, it shows how you worked with Barry at the Ding Ho Comedy Club and, as you’ve said, you’re good friends with him; did doing this film get even more personal for you? Did you get a bigger connection to Barry than you had before?

Bobcat Goldthwait:Yeah…we’ve been really good friends for so many years and when I met him, Tom Kenny and I were living in Syracuse and we showed up for an open mike [night] he was running in Skaneatles, which is near Syracuse. When Barry left and moved to Boston, that’s when…I followed him to Boston and that’s how I got my start.

When I was watching the film, I didn’t expect the turn that the film took when revealing what it actually was that made Barry so angry. Watching his friends reveal their reactions to when they found out was one of the most fascinating parts of the film to me. What was it like when you found out what happened to him and how did you come to terms with it?

Bobcat Goldthwait:You know, when he disclosed to me, I felt bad for him, but I also felt a big sense of relief; a piece of the puzzle snapped into place and I was happy to know that, [despite] how distressing it was, it was the beginning of him working on and allowing the feeling to happen. It all made sense to me and I was, of course, sad for his pain, but I was relieved actually.

[Goldthwait confers with Crimmins over the phone]

Oh, is Barry there with you?

Bobcat Goldthwait: Mm-hmm…I can put you on the speaker if you want.

Hi, Barry! I just wanted to say I loved the movie and how you helped people be safe on the internet because at the time, I was still a kid and you were looking out for kids like me on the internet. Thanks so much for what you’ve done.

Barry Crimmins: I’ve never expected to hear that, but I’ve heard that a number of times, and it’s really redemptive and kind. It’s very thoughtful of you to put it together; I was thinking about you kids, you know? I just saw the danger there, so I did what I could. Thanks; it’s very nice.

You’re welcome! For Bobcat – when you were making the movie and this was happening with Barry going to the hearing and dealing with AOL and all that stuff, what did you think about the impact his work was having?

Bobcat Goldthwait: Well, I felt proud that he was having an impact, but I was also happy for him because I knew his work was helping him come to terms with the pain he experienced as a child.

Barry is thought of as a quote-unquote comedian, even though it’s clear that there’s more to him than just telling jokes. How would you describe him?

Bobcat Goldthwait: Well, not enough has been talked about his ballroom dancing. [Both Goldthwait and Crimmins laugh]. I would say [he’s] a political satirist, a social satirist. That’s how I describe him, and obviously, an activist – a human rights activist.

Barry Crimmins: I’m also a writer. I should probably say that since I have a book coming out next year and the publishers – they’ll be getting mad at me [if] I never mention it.

Congratulations on your book – I’ll be looking forward to seeing it.

Barry Crimmins: Congratulate me when the damn book is done!

My last question, which could be for both of you – what’s the one thing you hope people take away from “Call Me Lucky”?

Bobcat Goldthwait: All the merchandise that we’re selling.

Bobcat Goldthwait: In the movie at the end, there’s a part at the end that says if you’re a victim of abuse to tell someone, tell everybody. I’d probably ask that…to have the courage to listen…because that’s the other side of it. Talking to people, they say “What can I do?” and listening is really key. 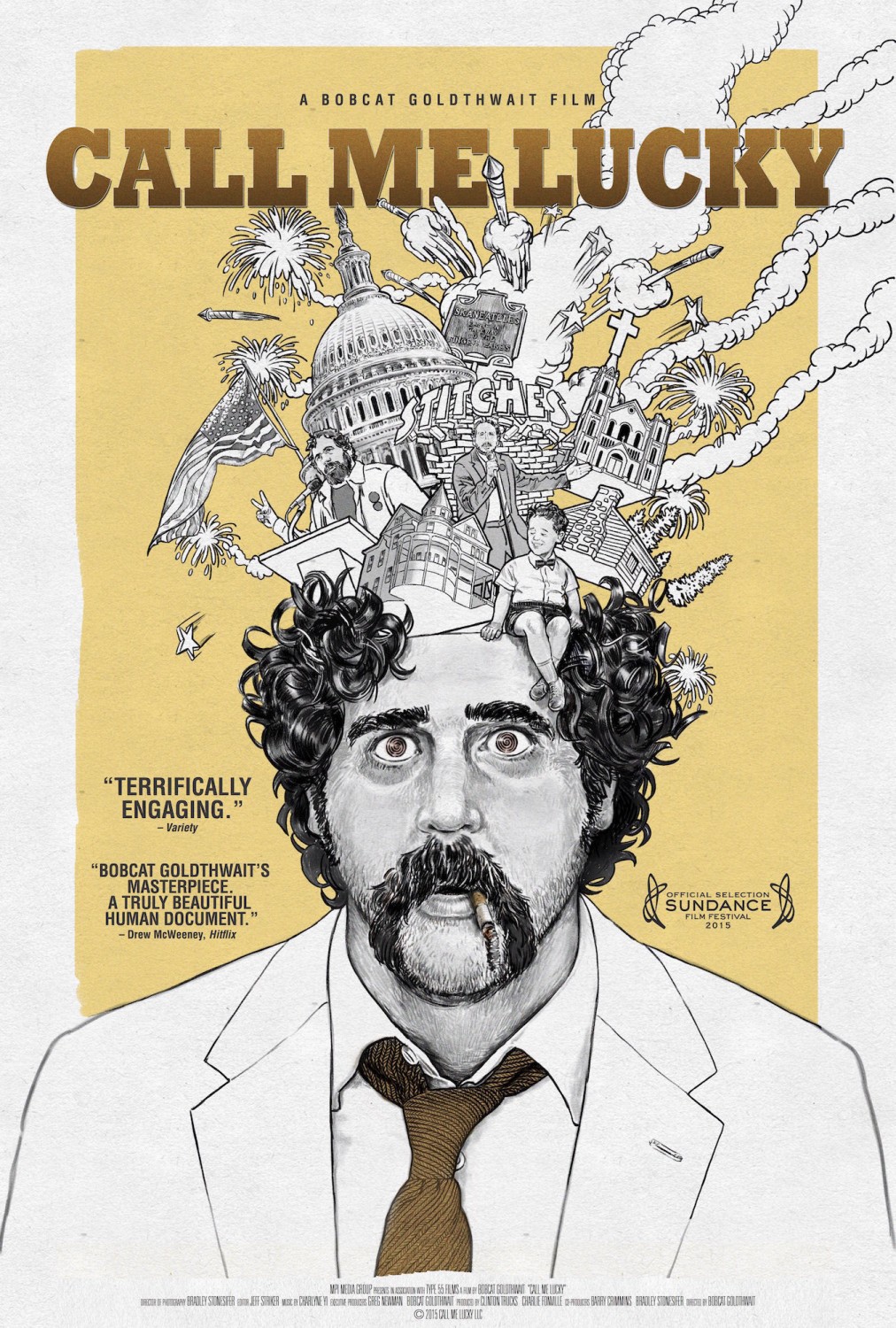