The film directed by Jon Watts, is set in a small town where two boys (James Freedson-Jackson and Hays Wellford) steal the sheriff’s car. The sheriff is no Andy Taylor, though – with his car (and its mysterious cargo) in the hands of some kids, this sheriff is out take back what’s his by any means necessary. Here’s more about “Cop Car”:

“When a pair of 10-year-olds find an abandoned cop car in a field and take it for a joyride, it seems like they could kill themselves at any moment. But things only get worse when the small-town sheriff goes looking for his missing car—and the illicit cargo he left in the trunk—and the kids find themselves at the center of a deadly game of cat and mouse they don’t understand. The only way out is to go as fast as their cop car can take them.”

The film is written by Watts and Christopher D. Ford and also stars Shea Wigham and Camryn Manheim.

The film has been called “a wild blend of innocence and Coens Brothers violence” by Slashfilm’s Russ Fischer and is set to thrill audiences in 55 theaters in 45 U.S. markets Aug. 14. When the film comes to home release, special features will include a featurette about the film, “Their First and Last Ride: The Making of Cop Car.” 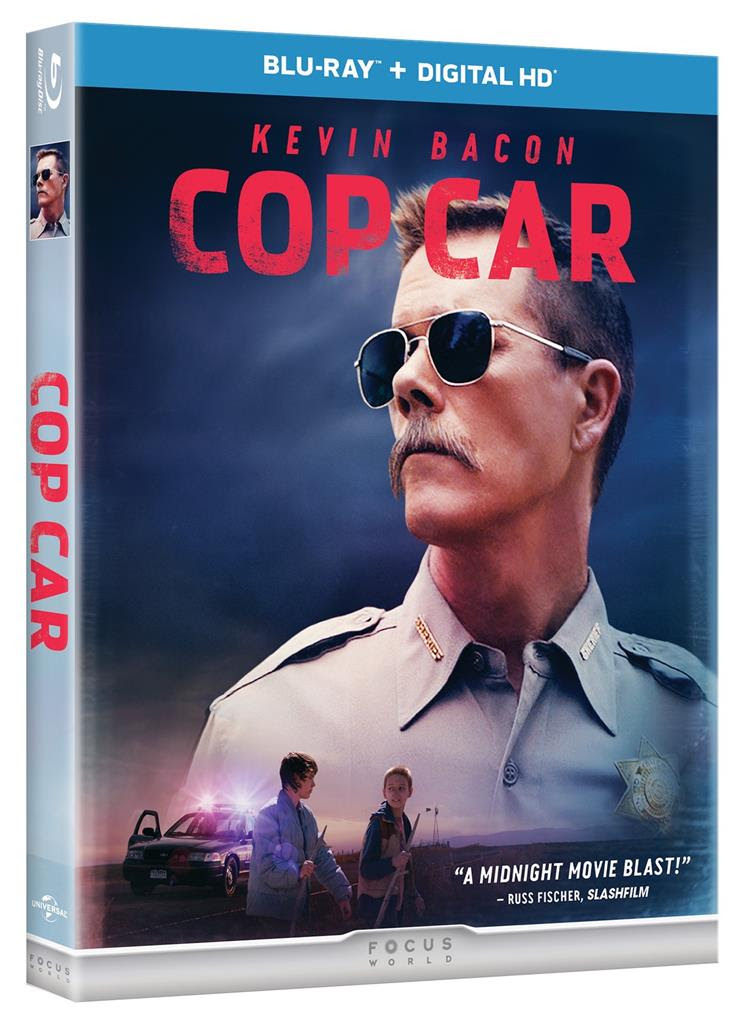