Miranda (Rosamund Pike, Gone Girl) is an aspiring surgical nurse with a lot of hidden talents and is beloved by all who know her.  One of her coworkers sets her up on a blind date, and Miranda reluctantly accepts.  The day of the date, a man comes to her door whom she assumes is Kevin (Billy Slaughter), it turns out to be William Finn (Shiloh Fernandez), a man she’s seen in passing and obsessed with her . After inviting him into her home, he takes advantage of her trust and brutally rapes her in her kitchen.  Her father Mitchell (Nick Nolte) becomes closer with his daughter as he helps her get back to her old life and is amazed at how well she bounces back, but that’s all on the outside.  She had plans of moving into a nicer home and now can’t sell her current one because she was raped in it. Her once steady hands she used to create amazing cakes are betraying her.  She realizes she’s struggling with the attack, and decides to make contact with her attacker in prison to find some closure. He sends the letters back unopened with the stamp “Return to Sender.” Not willing to give up, Miranda sends him letters until he finally agrees to see her. They strike up a friendly relationship and soon he tells her he’s going to be paroled.  She suggests he comes to see her and help him get back on his feet. He takes her up on his offer and shows up outside of her home. Now back on the same level, will Miranda take revenge or forgive?

The Good: This film plays out like a sort of updated Extremities. I liked Miranda’s strong character. After her rape she didn’t play the victim. She got on with her life and focused on living and plotting.

The Bad: Rosamund Pike basically turns into Amy Dunne from Gone Girl; she’s heartless, manipulative and cold.  I get she’s supposed to be this strong woman, but don’t redo the same character. I get they were trying to cast as many names as possible, but Rumer Willis being cast was a waste because she’s hardly there. If you liked what happened in Gone Girl where the cat lived, you’re not going to like this film. As soon as she started being nice to the dog, I knew exactly what she was doing. That kind of took the fun out of the ending, but it was still effective.  They built up the revenge she takes out on William, but there’s no payoff. She pulls the sheet away (which has a spot of blood that we get to stare at for a good 5-10 minutes) and don’t show us what she did. Did she cut off his micro-penis? He gets to look and appears horrified, but we’re just supposed to guess? Dammit!

Miranda eludes that she allowed her mother to die, but they never really touch base on that. What happened to make her so nonchalant about her own rape and exacting revenge? If they threw us a bone there, it might have made the story better.

Acting: A
Story: B
Technical: B
Total Rating: B+ 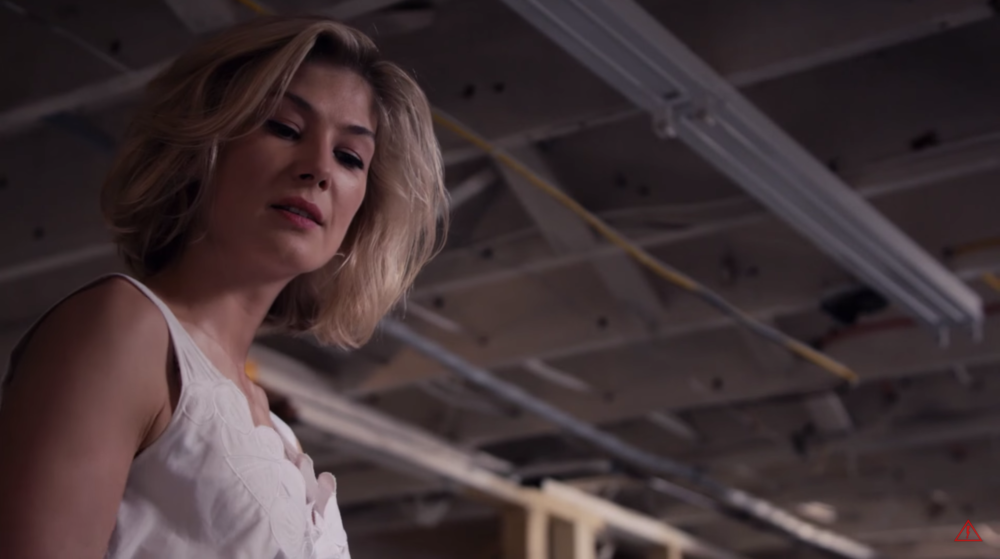