If you’ve ever had the misfortune to grieve over the death of a person close to you, you may or may not want to see your sorrows reflected on the big screen.  “James White” does not pull punches, though there are moments of humor, and to its credits the acting of the two principals is astonishing.  However if plot is your main focus rather than dialogue and performances, you would probably seek your entertainment on another screen.

Cynthia Nixon, herself a breast cancer survivor, performs in the role of Gail White, currently suffering from Stage 4 cancer, which had returned after a remission.  She depends on her son, James White (Christopher Abbott), who had been a help to his mom years back until she went into remission and, given that she is divorced, now depends on her twenty-something fellow to be there when needed.  James, however, is your basic slacker, a New Yorker who despite a talent for writing and a family friend (Ron Livingston) who virtually promises him a job at the magazine, spends his days in barroom brawls fueled by drugs and alcohol, and appears to have no trouble with women.  He also has the support of the more earthbound friend Nick (Scott Mescudi, better known to the public as a rapper) and, having picked up Jayne (Mackenzie Leigh) on a beach in Mexico, comes off charismatic enough not only to bed her but to have her visit his mother with him.  (In the film’s one bold sex scene, Jayne masturbates James in the shower.)

The first sign that the story may be autobiographical is that director Josh Mond, known for “Martha Marcy May Marlene” about an abused woman who leaves a cult and which is a superior piece of work, early on shows the family sitting shiva over the death of James’s father. “Why are we having a shiva,” James asks, “When we’re not Jewish?”  Soon James’s rage emerges, as it will many times throughout, when he demands that all the mourners leave his mother’s apartment so that he “can grieve with my mother in peace.”

By the time of the mother’s inevitable death, we see that James has changed.  He takes care of his mom even to the extent of seating her on the toilet (and turning away to give her privacy), though he appears to have learned nothing by turning up for an interview with that family friend dressed for the beach and with unkempt facial appearance.  Writer director Mond leaves it up to the audience to judge the redemption of the lad (or not) in a slow-moving film filled with regular outbursts from a young man of privilege who has been sponging on the family far too often. 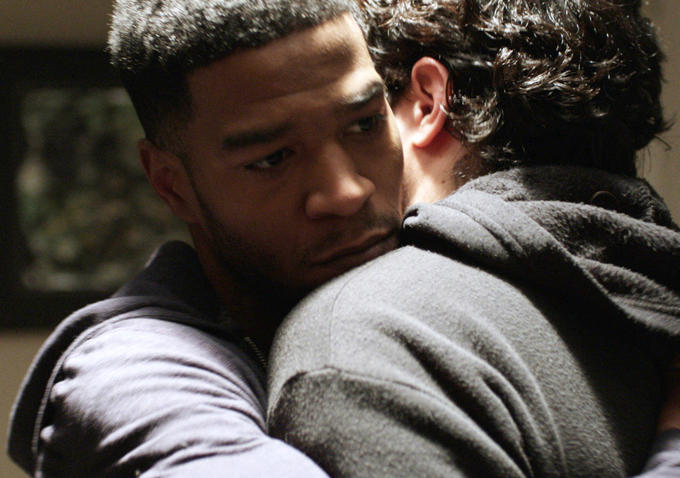