Casey (Sophia Aguiar) and her dance crew/friends JJ (Jordan Rodrigues), Drew (Robert Roldan), Tara (Marissa Heart), and Michelle (Taeko McCarroll) have been uploading dozens of videos of their dance choreography on YouTube , only to garner 28 views and one comment.  Casey works a thankless tech store job and has dreams of super-stardom in order to care for her family. One day an aspiring manager named Quinn (Jay Ellis) followed by his little brother toting a video camera approaches Casey at her day-job and tells her he loves her dance moves and wants to film a video to show his investors. Once the video is uploaded to YouTube, they immediately get 50,000 hits. Unfortunately the investors only want Casey and she quickly leaves her friends behind.  Her fanbase grows and she slowly comes to the realization that her dreams of being a dancer was only fulfilled with the support and accompaniment of her friends, and “Breaking Through” to fame isn’t worth doing it alone.

The Good: The choreography is fun and the visual effects on the final dance scene was a little bit awesome.

The Bad: It’s been awhile since I saw Breakin’ and its sequel Breakin’ II: Electric Boogaloo, but from what I remember, this film should’ve been titled Breakin’ III:…yeah, sorry it’s the same movie as the other two, but we threw in YouTube and cyberbullying to make it relatable to the millenials.  The love story is predictable, the after school special-esque story line was cliche, and the ending was sappy.

Breaking Through is a safe film for families to watch together. Aspiring dancers can also have a feel good movie going experience where they are still encouraged to follow their dreams, while not losing themselves in order to pursue their dreams.  It’s all a bunch of B.S. for the most part, but still a good message I guess. 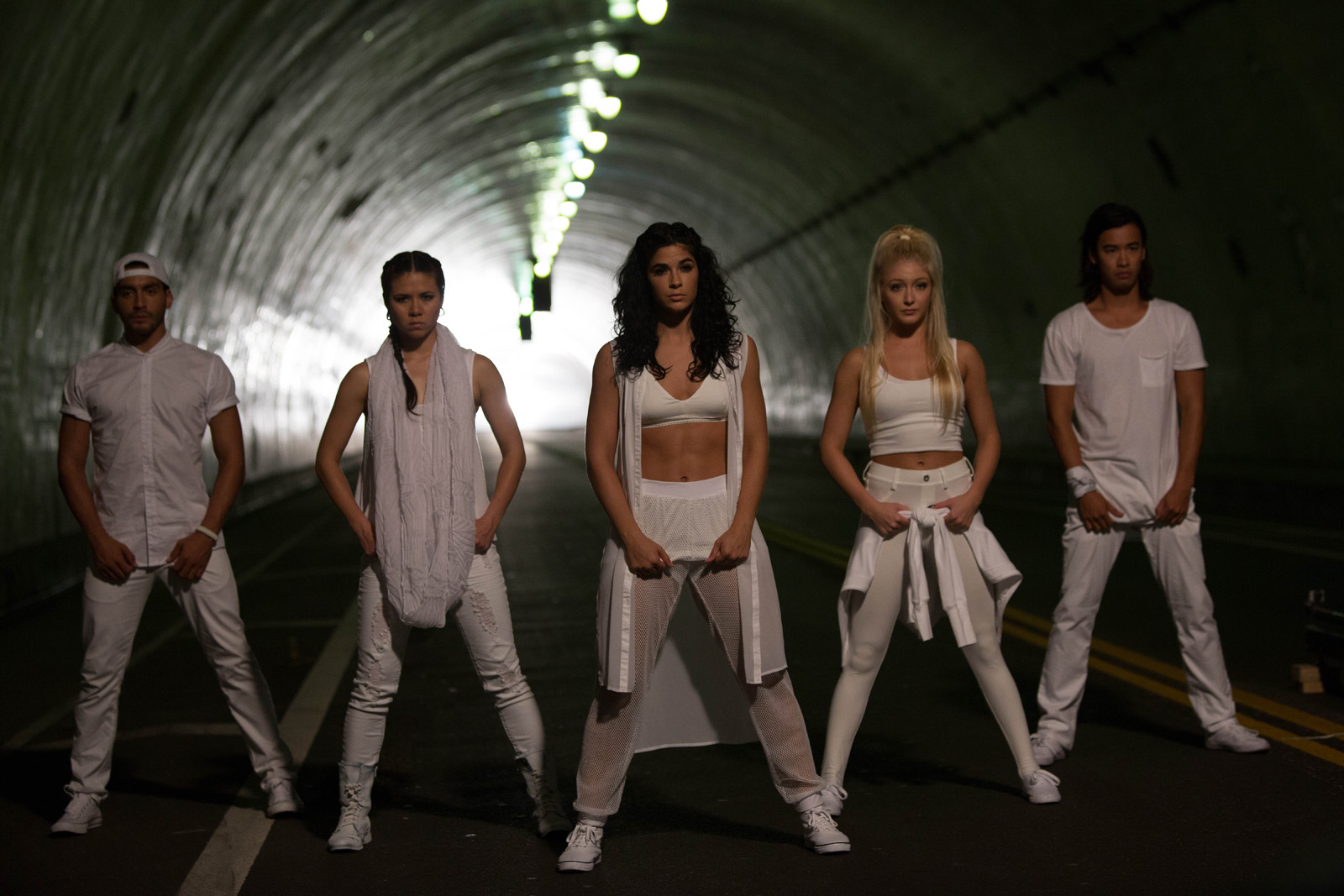