Director Patrice Leconte adapts Florian Zeller’s hit stage play ‘Une heure de tranquilité’ for the big screen. The film, just like its inspirer, enhances the luxury of solitude: the moment we crave so much for ourselves, that is conquered with incommensurable plight.

Through the traditional French farce, ‘Do Not Disturb’ tells the story of Michel  Leproux who finds a rare vinyl by Niel Youart — Me, Myself and I — and the minute he gets home wants to be left alone to listen to his record. But things do not go according to his plan. His spouse, Nathalie (Carole Bouquet) has something vital to tell him, as does his mistress (Valerie Bonneton). Meanwhile, a downstairs neighbour (Stephane De Groodt) has organised a party for the building and keeps pestering Michel about the plans. Michel’s thirty-year-old son — who is engaged in random activism — has decided to accommodate a Philippine clan in his apartment, above his parents’ house and will ask his father to help him out. Simultaneously at the Leproux household the Spanish housekeeper (Rossy de Palma) constantly barges in Michel’s study, as well as the immigrant worker (Arnaud Henriet) who’s doing a hatchet job on the plumbing system. Therefore the “ hour of peace” — as the French-language title states — Michel craves so much to listen to his ‘50s jazz clarinetist, seems to never come.

In the long run — despite the film runs for only 80 minutes — the controlled chaos on display is strenuous to follow. Although some of the jokes work —when they focus on Michel’s irascibility — the long, boisterous, chaotic day befuddles and debilitates. The stagy narrative, by and large, is overwrought with riddles, cliches and flamboyant acting that become irritating after a while. 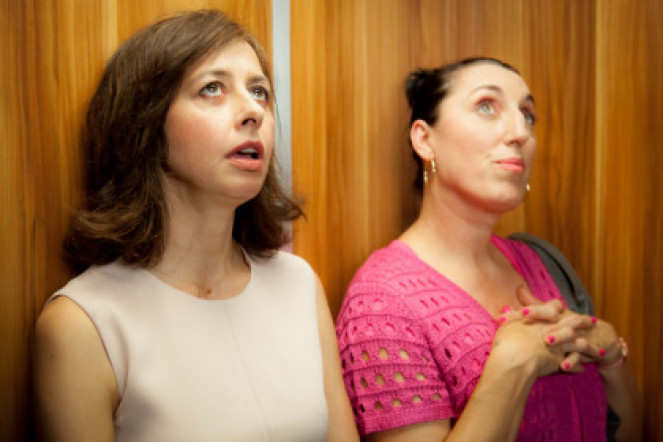