The launch of “Almost Legal,” stoner icon Tommy Chong’s new show on FilmOn.com, will see new and exciting guest on the late night talk show. This week, Killer Mike and Chef Roy Choi, who is the LA food scene’s new hero and creator of the restaurant Pot at the Line Hotel in Koreatown, will make guest appearances and you can now watch it OnDemand on FilmOn.com.

“Almost Legal” is a new co-production with Chongson and FilmOn Networks with the title sponsor WeedMaps. It’s also a “Cannabis Infused Talk and Variety Show” that will highlight “anything that affects the pot smoker’s status in any way, negative or positive.”

Throughout the season, Tommy Chong will be visited by guests, including anny Trejo, Steve-O, Andy Milonakis, and Hannibal Buress. 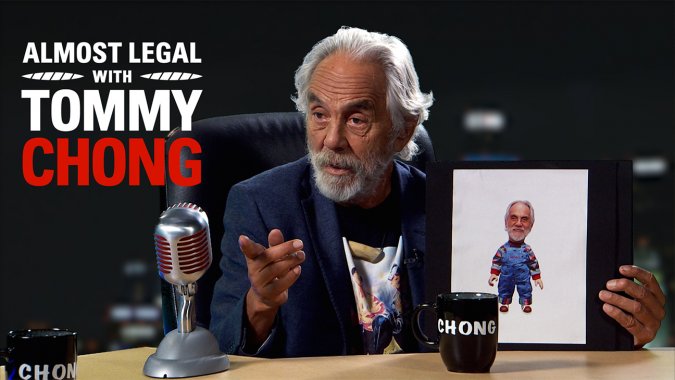