BAFTA Award winner Sarah Gavron’s ‘Suffragette’ captures a determining moment in history directing the original screenplay by Emmy Award winner Abi Morgan. The stirring story centres on Maud (played by Carey Mulligan), a working wife and mother whose life is forever changed when she is secretly recruited to join the U.K.’s growing suffragette movement. Galvanised by the outlaw fugitive Emmeline Pankhurst (Meryl Streep), Maud becomes an activist for the cause alongside women from all walks of life.

The A-list cast performs with grace and grit: Academy Award nominees Carey Mulligan and Helena Bonham Carter, and three-time Academy Award winner Meryl Streep, lead the cast of a powerful drama about the women who were willing to lose everything in their fight for equality in early 20th century Britain.

This is the first film done on this British female movement that would use as emblem Green-White-Violet flowers that represented the acronym “Give Women Votes.” The real story that serves as ground is tremendously powerful because of its universal range: During the 19th century the right to vote was gradually extended in many countries, and women started to campaign for their right to vote. Tracing back the history, it’s impressive to discover that New Zealand was the first to give women vote in 1893, followed by Nordic countries. Whereas other Western countries arrived later, like the U.S.A. and Canada in 1920, Italy in 1946, Greece in 1952, Switzerland in 1971 and Liechtenstein 1984, just to mention a few.

Hence the topic is sensitive, especially since it is being released to audiences during the era or terrorism, that seems to be sweeping away the deaths of those women who fought for equal rights. Today, there are women who join jihadists and are happy to die in the name of a distorted doctrine, overlooking or fully embracing this very ideology that believes the female gender to be inferior to that of males. The movie ‘Suffragette’ is certainly an eye opener on what has been, what we are living today and what could return to be, if the battles for female empowerment and equal rights were to be brushed away. Not to forget that there are still countries  during the 21st century where women haven’t yet had their suffrage. 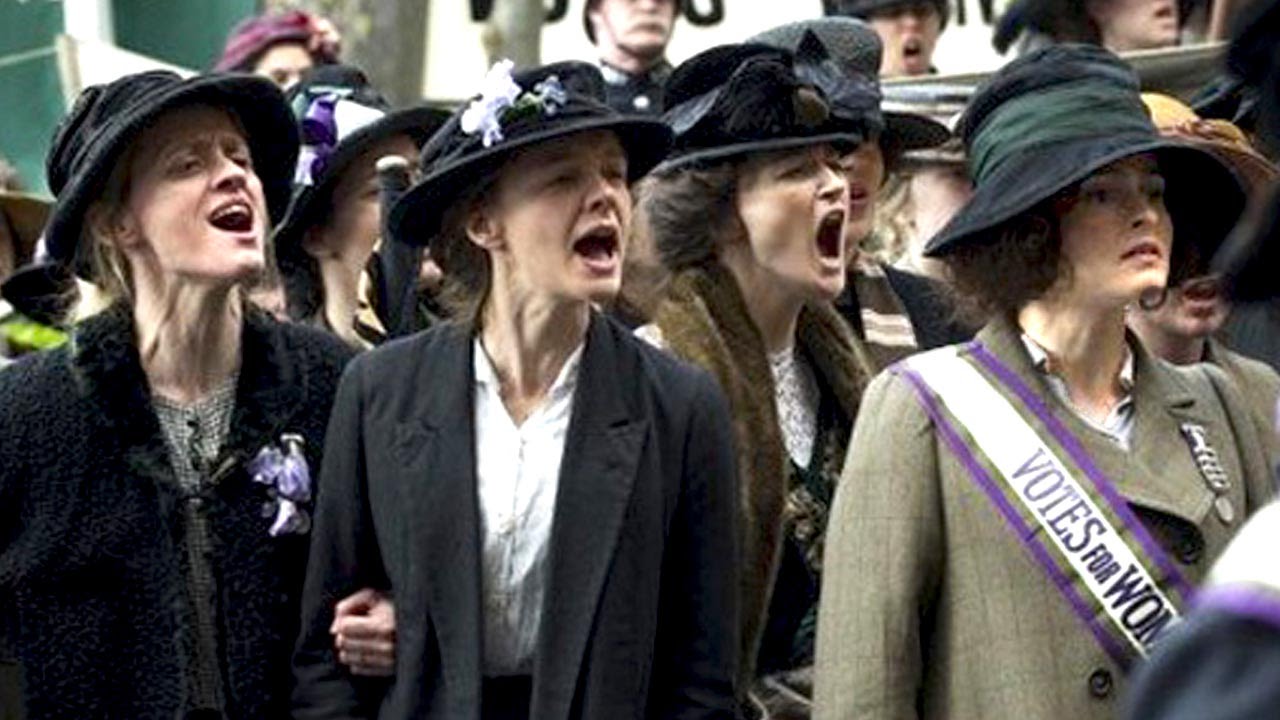