Despite the initial intriguing premise of a villainous protagonist, ‘Burnt’ turns out to be a recipe for disaster. And John Wells’ half-baked idea turns sour.

The story is about a tormented Chef: Adam Jones (Bradley Cooper) had it all and lost it. The former Enfant terrible of the Paris restaurant scene had earned two Michelin stars and only ever cared about the thrill of creating explosions of taste. To land his own kitchen and that third elusive star, Jones will need to leave his bad habits behind and get the cream of the crop collaborators on his side, including the beautiful Helene (Sienna Miller).

Along with the American (Bradley Cooper and Uma Thurman) and British actors (Sienna Miller, Emma Thompson, Matthew Rhys, Lily James) the international cast (Daniel Bruhl from Germany, Omar Sy from France, Alicia Vikander from Sweden and Riccardo Scamarcio from Italy) creates an interesting multiethnic dish. Yet, it’s a shame that the film lacks the complexity of flavour to be effective.

‘Burnt’ is intended to be a tale of redemption but it’s too vague on Adam’s backstory for us to acknowledge his emotional growth. We simply see a sudden metamorphosis from one extreme to the other. He starts off as a deranged lunatic, free of his past addictions, who has a tyrannical approach to leadership in his kitchen when he abuses and belittles his staff. Then after a pivotal event he transforms into a zen-like understanding mentor. The outcome is a cheesy “Burnt” soufflé, difficult to swallow. 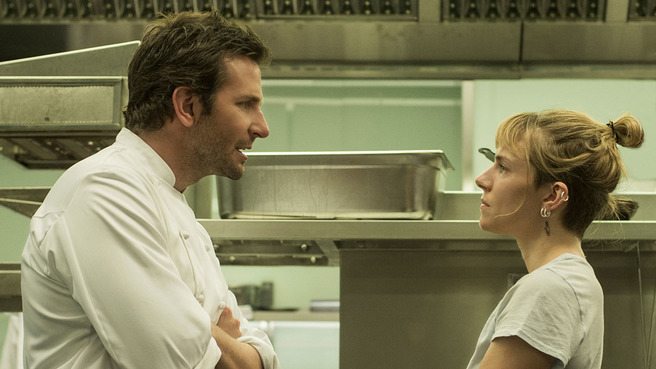