Samuel (Sean Faris, Pretty Little Liars) comes home early from work to surprise his wife on their anniversary. He is understandably shocked and angered to find his wife Ashley (Danielle Savre, Jarhead 2: Field of Fire) having sex with another man (Mehcad Brooks, Supergirl) in the marital bed.  He goes to get his gun and surprises the couple during their aggressive and sweaty sex session.  He proceeds to hold the coupling duo hostage, terrorizing them with the loaded gun and debates whether to kill them both.  Allegedly this is based on a true story.

The Good: This is the type of film where there’s not really a good part that can be singled out…mainly because it’s not a good film. There is some gratuitous nudity and sex, so there’s that.

The Bad:  I can’t find the actual story of which this film is based, so saying it’s based on a true story is questionable. There’s nothing resolved at the end of the film. We don’t get a title card telling us what happened to everyone which also makes me believe this “based on a true story” fishing line is a bunch of b.s.  The editing is weird, the characters are dumb and unlikable, and the storytelling is all over the place. The scenario with Damien’s wife Jasmine exacting revenge played out like it was written by one of the guests of the Maury show.

Adulterers was more like a jealous man’s fantasy on how he would get revenge on a cheating wife and her lover. The film doesn’t even pick up until an hour into it, and by then you’re just waiting for it to end.  There’s a The Usual Suspects type of twist towards the end, which might have been enough to save this mess, but unfortunately it occurs far too late for anyone to care. 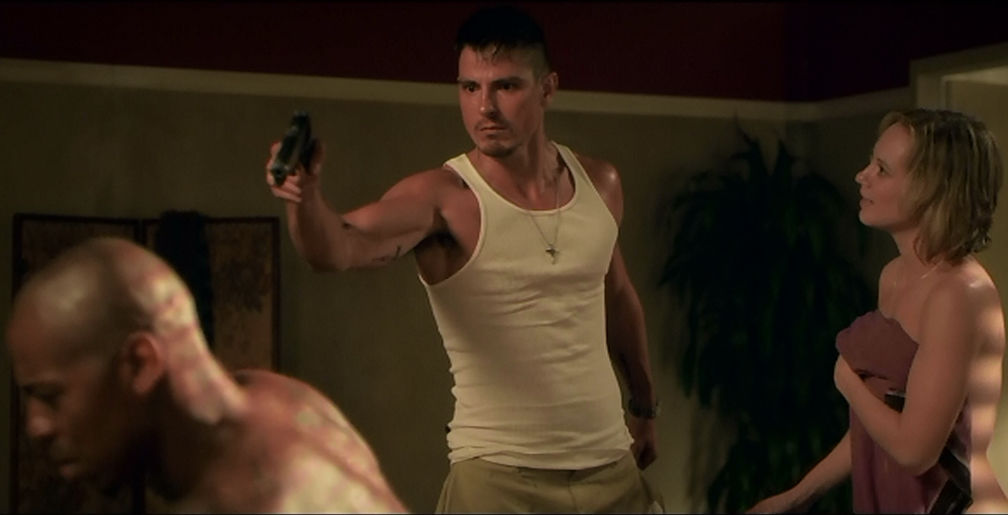