Rebecca Hall is truly enticing in Sean Mewshaw’s film about a young woman struggling to move on with her life after the death of her husband. But, despite her talent, ‘Tumbledown’ is rather cliched in delivering us the old adage that “When It Seems Like Things Are Really Falling Apart, They’re Just Falling Into Place.”

Hannah (Rebecca Hall) is still grieving the death of her husband, an acclaimed folk singer, when Andrew McDonnell (Jason Sudekis), a brash New York writer, forces her to confront her loss and the ambiguous circumstances of his death. The film is redundant in displaying how it is crucial to “Lose yourself to find yourself,” therefore let go of what is not real about you to allow your authentic self to remain. This is what Hannah must do to free herself from the adoration of an artist and life partner who died too young, and practically gave meaning to her life. The idolised husband of Hall’s Hannah, recorded just one album before his death two years ago, which attracts a cult of fans making pilgrimages to his grave; whilst his early demise inspired journalists to write gossip-filled articles. But the flick “tumbles down” mediocrity, for the banality of the romance blossoming between the widow and the biographer of the departed musician.

Nevertheless the music by Seattle songwriter Damien Jurado stands on its own in fitting the mode of the film’s fictional singer, and it somehow evokes the style of Jeff Buckley. In the movie there are also some effervescent performances, including Joe Manganiello, as the studly nature boy who stands in the way of any potential romance, and Griffin Dunne as the small town newspaperman who gives Hannah human interest assignments.

Another great protagonist of the movie are the beautiful low mountains of Maine, that pay homage to the love for rural life. However, ‘Tumbledown’s’ metaphor of nature as healer, to channel characters in liberating themselves from the mystique of the great tortured artist who startlingly deceased, is a familiar tune that has become weary. 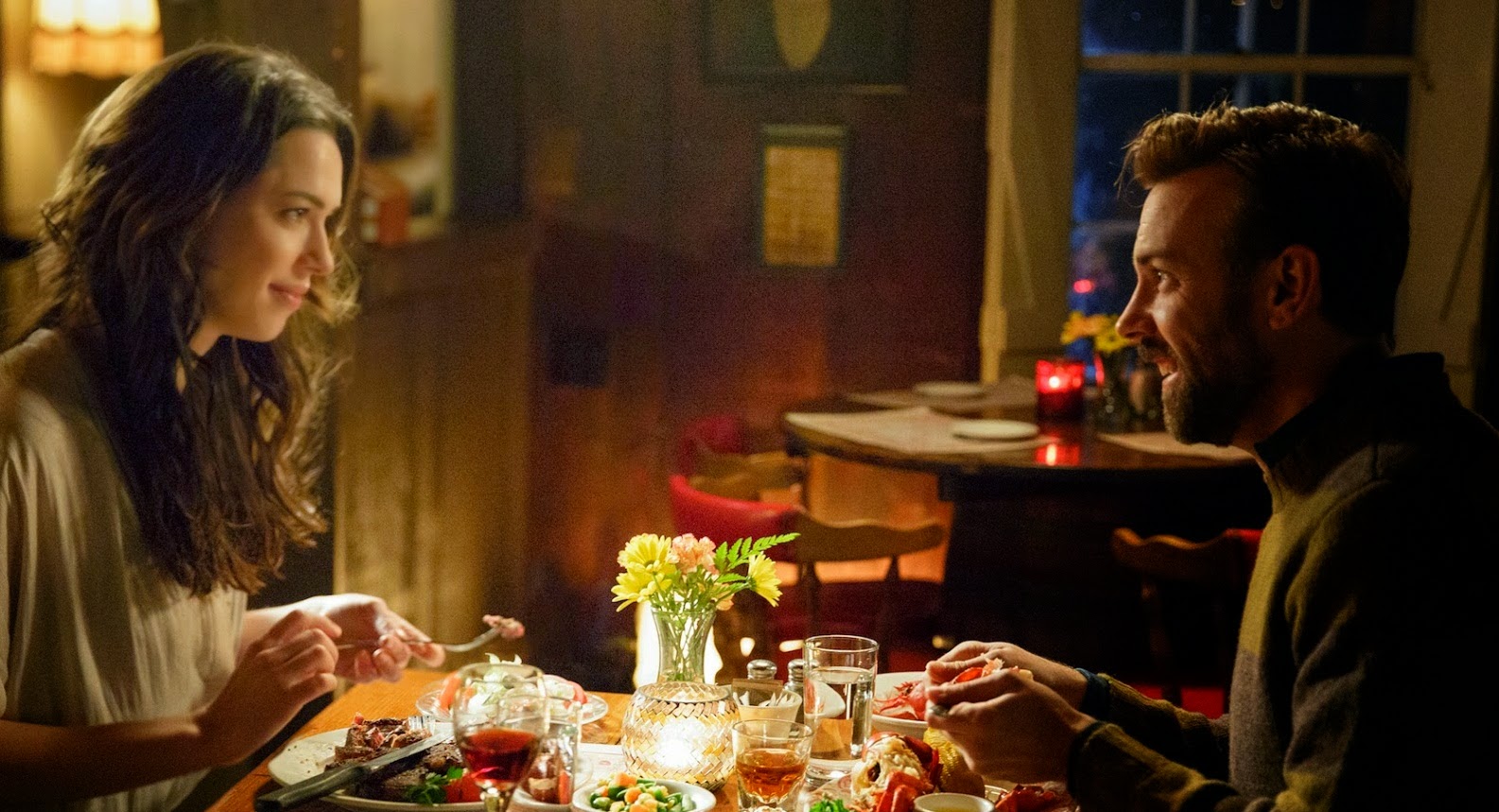