It can’t be much of a coincidence that “Fitoor” opens during the weekend of Valentine’s Day.  This is an epic love story featuring not only the tensions involved in a romantic triangle but also the importance of the prospective bride’s mother who, toward the conclusion of the story acts like the eternally-feared mother-in-law to the hassled man.  Since the plot is loosely based on Charles Dickens’s twelfth novel, “Great Expectations,” the story is more complex than one you would expect to find on TV’s Hallmark Hall of Fame, but the lush photography is stunning and could put “Fitoor” on the short list for cinematography awards for movies opening in 2016.  The pic is sure to be a box office hit when it opens February 12 all over India, though its future in the U.S. could depend on attracting the millennials, folks in their twenties and early thirties, who surely have an appetite for romances but might hesitate to see a film in Hindi albeit with good English subtitles.

Writer-director Abhishek Kapoor, whose 2008 film “Rock On!!” features four friends who relive their glory as a rock band, gets quite a bit deeper this time, inspired by Dickens but in no way slavishly copying the master’s twelfth novel.  “Fitoor,” which is Hindi for “Obsession” focuses on themes of social class and love unrequited, though with flashbacks the plot can sometimes confuse, but there’s no denying Anay Goswami’s lensing in Srinagar, Delhi, London, Mumbai and Warsaw.  This is an expensive production suitable for its epic scope, its commentary on dreams dashed contrasted with a feel-good ending.

Opening with a close resemblance to Dickens, a young lad (Mohammed Abrar)  is confronted at a grave site by an escaped convict (Bollywood star Ajay Devgn) who threatens to tear him apart unless he bring back food, water, and coat and a place to spend the night.  Given a job by Begum Hazrat (Tabu), a heartbroken albeit rich woman who had been jilted by her lover, Noor falls in love at first sight with young Firdaus (Tunisha Sharma) who approaches in slow motion on a white horse as though ready to take off to the heavens like Pegasus.  Years pass.  Noor (Aditya Roy Kapur), trained as a blacksmith, delves into art, his designs eventually fetching big money, while his heart remains with Firdaus (Katrina Kaif), now a poised, sophisticated woman who flirts interminably with Firdaus as she did during her youth but despite her encouragement of the young man, he is destined to have a broken heart.  Firdaus arranges to marry Bilal (Rahul Bhat), a member of the Pakistani cabinet, whom she does not love but, like her mother, is determined to be materially taken care of notwithstanding one of this story’s principal themes that happiness comes through love, not money.

Director Kapoor seems determined to have his audience drooling at the interminable flirtations, wishing Firdaus to cut the coquettishness and walk into the sunset with Noor, and not the Pakistani bigshot who has no problem suggesting that she is to be his property after marriage.  “Fitoor” has a plot not always easy to follow, providing mother Begum with the juiciest opportunity to perform like the sad but rich mom who wants the best for her Firdaus but at the same time secretly wishes that Noor suffer the heartbreak that has damaged her own life. 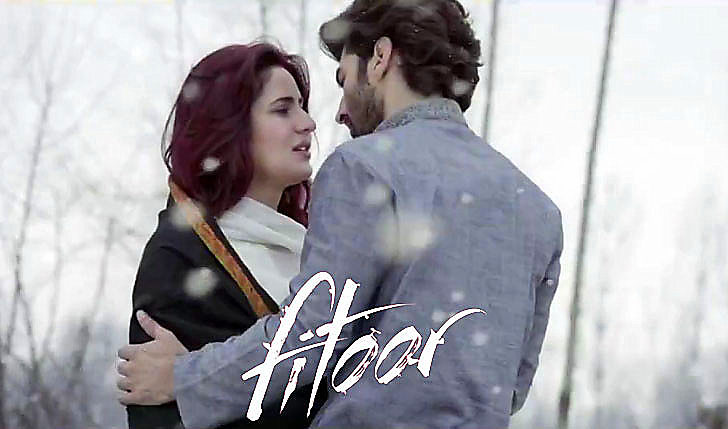