‘Montedoro’ is a film that tributes the hidden beauties of Italy, through a delicate story about reconnecting with our roots.

A middle aged American woman unexpectedly discovers her true origin after her parents died. Deeply moved, in the midst of an identity crisis, she decides to travel, hoping to find her birth mother whom she had never known. She therefore goes to a small and remote place in the South of Italy, Montedoro. She finds an apocalyptic scene when she gets there: the village, resting on a majestic hill, is completely abandoned and nobody seems to live there anymore. Thanks to a casual meeting with a few mysterious people (those that had never wanted to abandon the village), the protagonist undergoes a fascinating and magical voyage through time and memory, re-joining the phantoms of an unknown past that is part of her family story, as well as the ancient and mysterious community that is now extinct, but will come to life one last time.

Faretta’s first feature is a love letter to one of Italy’s most charming and neglected regions: Basilicata. Through the years a select number of movies have tributed this enchanting land, such as Rocco Papaleo’s 2010 comedy, ‘Basilicata Coast To Coast’ or 2003’s ‘I’m Not Scared’ (Io Non Ho Paura)  by Gabriele Salvatores. Some cinephiles will also recall the 1979 ‘Christ Stopped At Eboli,’ that adapted Carlo Levi’s autobiographical novel, where the painter and writer recalls how he was arrested in 1935 by Mussolini’s regime and was sent to live in a remote town in Basilicata. Just like the characters of that story, also the people populating Faretta’s ‘Montedoro’ feel they have been bypassed by Christianity, by morality, by history itself.

The land of Lucania still seems to have somehow been excluded from the full human experience. Thus, the exquisite cinematography by Giovanni Troilo and direction of Antonello Faretta enwrap in incantation the unknown landscape that goes by a fairytale name, “golden mountain”, i.e. Montedoro. 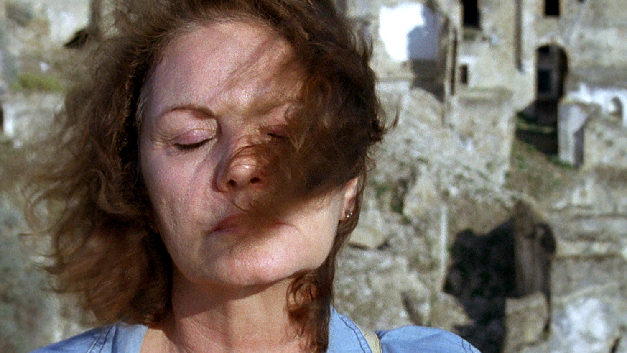